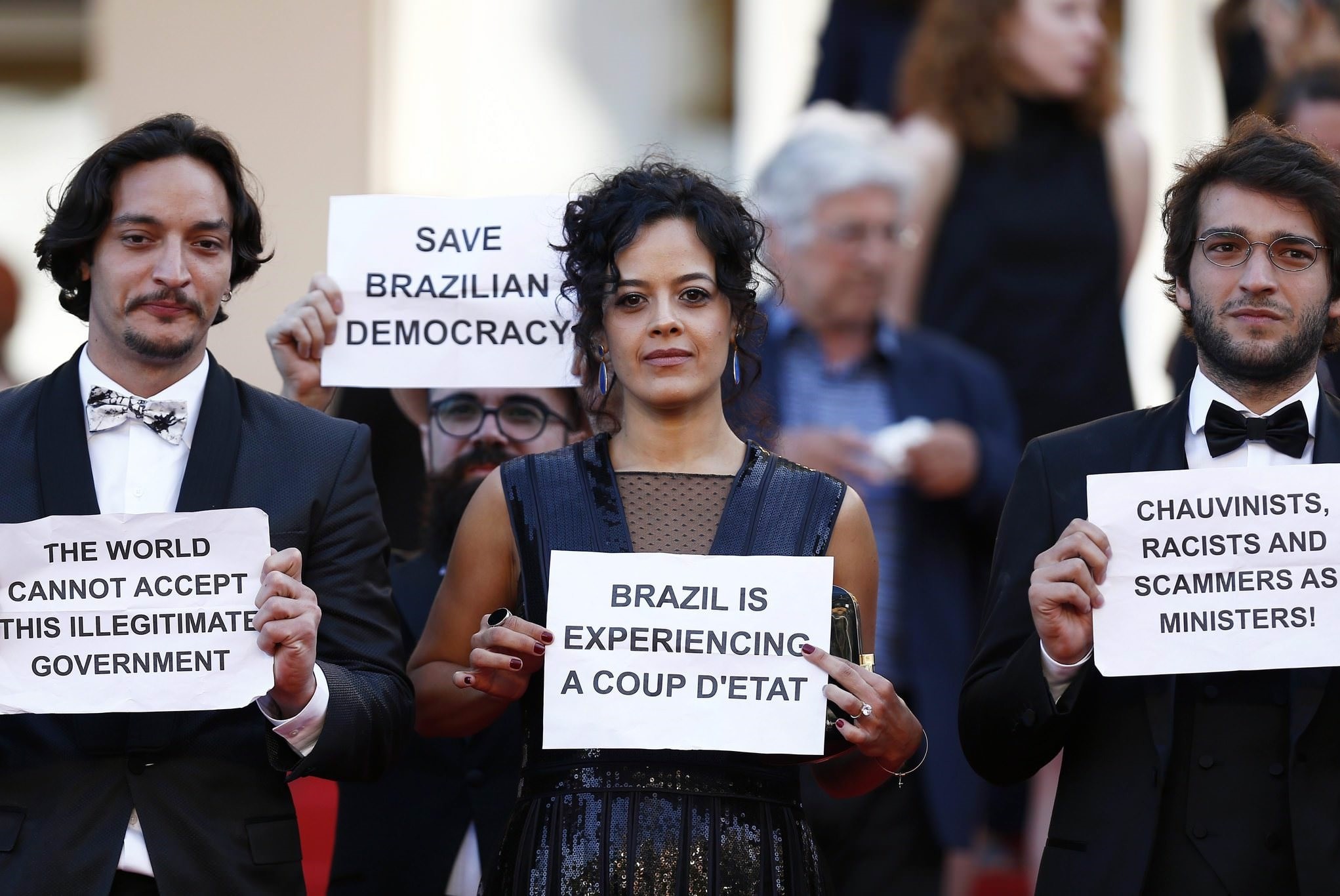 Brazilian actress Maeve Jinkings (C) holds a sign reading 'Brazil is experiencing a coup d'etat' as she leaves after the screening of 'Aquarius' during the 69th annual Cannes Film Festival, in Cannes, France, 17 May 2016. (EPA Photo)
by Associated Press May 18, 2016 12:00 am

The cast of the Brazilian film "Aquarius" held a protest at their Cannes Film Festival red carpet premiere on Tuesday, holding signs reading that Brazil is experiencing a coup.

Rousseff has insisted she has done nothing wrong and has called the impeachment a coup. The Senate elected an acting president, 75-year-old Michel Temer, who's married to a 32-year-old former beauty pageant contestant.

"Aquarius," directed by Kleber Mendonca Filhois, is about an aging music critic trying to keep her apartment against developers. It's competing for the Palme d'Or.