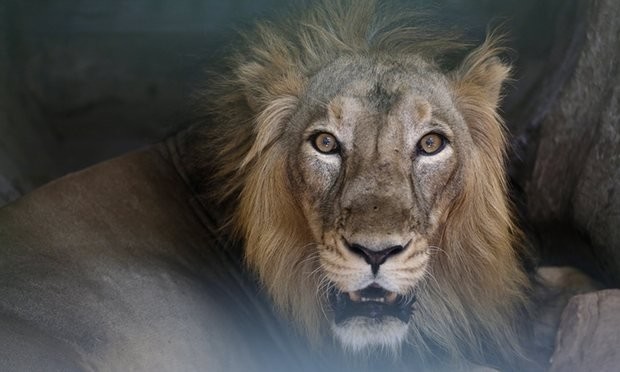 | AP Photo
by German Press Agency - DPA May 22, 2016 12:00 am
Two lions were shot and a young man seriously injured when he attempted suicide by breaking into the lion cage of the Santiago de Chile zoo, according to reports at the weekend.

The 20-year-old man climbed over the fence of the pen on Saturday, before getting undressed among the lions as visitors to the zoo watched, Director Alejandra Montalba said.

At first the man was ignored by the three lions, but was then mauled when he grabbed one of the animals, according to a report in La Tercera daily.

Two of the lions were then shot and killed by zookeepers while the man was being rescued, according to a statement by the Chilean National Zoo on Facebook.

Montalba said the zoo was not able to use tranquilizer darts, which take around four minutes to sedate a lion, since the intruder's life was immediately at risk.

The man, who was heard chanting verses of the Bible in the lion cage, was later found to have been carrying what is possibly a suicide note, Police Commissioner Gerson Sepulveda said.

Animal rights activists protested against the killing of the lions, who had been in the zoo over 20 years.
Last Update: May 22, 2016 11:23 pm
RELATED TOPICS