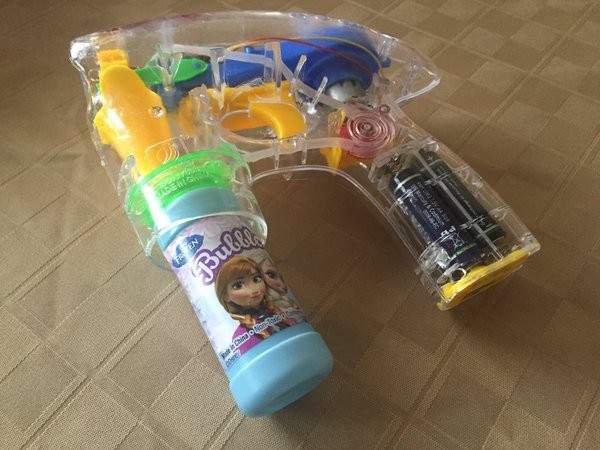 An elementary school administration in the United States suspended a 5-year-old kindergarten student on May 16 after she brought a 'princess-themed' clear, plastic bubble gun to school.

According to a report published by The Independent, the five-year old received a one-day suspension at the Southeast Elementary School in Brighton.

The girl's mother reportedly claimed she was not aware her daughter had placed the $5 toy in her bag and apologized for the five-year old's action.

"I appreciate that they're trying to keep our kids safe, I really do. But there needs to be some common sense. It blows bubbles," the report cited the mother.

The school reportedly called the mother right away and asked her to pick up her daughter. The school administration said they had zero tolerance policy for such actions, the report added.

Meanwhile, other advocates for smarter gun control laws criticized the school's punishment of the student. "It's absurd to send a 5-year-old home for a bubble-maker," Nathan Woodliff, ACLU Colorado's executive director said, the report cited. "This is a silly example of a very real problem."

The gun control has been a controversial topic in the U.S. Many, including the U.S. President Barack Obama, argue that stricter gun control laws must be implemented, claiming that most of the shooting incidents in the U.S. are partially due to loose gun laws.

Meanwhile, pro-gun ownership groups argue that everyone should have the right to carry a gun as a self-defense item due to criminal threats. The group-s also add that gun ownership deters crime rather than causing more crime.
Last Update: May 23, 2016 2:56 pm
RELATED TOPICS