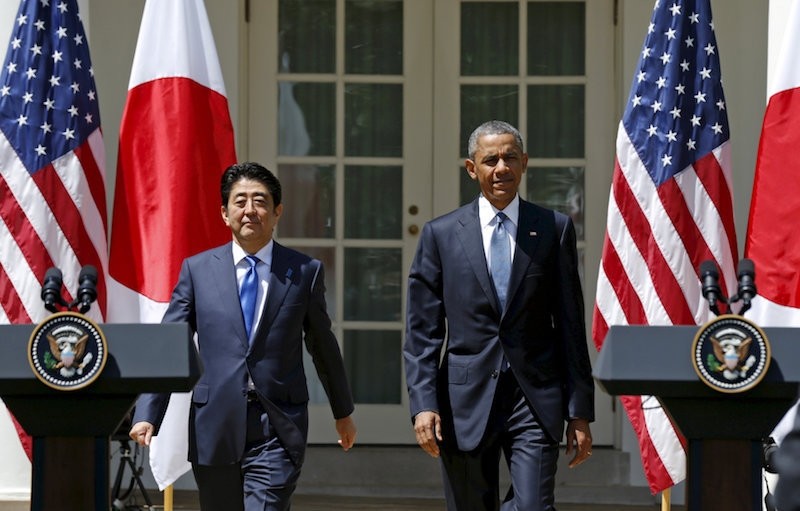 U.S. President Barack Obama and Japanese Prime Minister Shinzo Abe arrive for a joint news conference in the Rose Garden of the White House in Washington, April 28, 2015. (Reuters Photo)
by May 23, 2016 12:00 am

United States President Barack Obama will not apologize for the atomic bombing of Hiroshima on his landmark visit this week, he told Japanese public broadcaster NHK in an interview.

Asked if an apology would be included in remarks he plans to make there, he said: "No, because I think that it's important to recognise that in the midst of war, leaders make all kinds of decisions.

"It's a job of historians to ask questions and examine them, but I know as somebody who has now sat in this position for the last seven and a half years, that every leader makes very difficult decisions, particularly during war time."

Obama will become the first sitting US president to visit Hiroshima, where the first atomic bomb was dropped on August 6, 1945, killing about 140,000 people in total.

Tens of thousands were killed by the fireball that the powerful Hiroshima blast generated, with many more succumbing to injuries or illnesses caused by radiation in the weeks, months and years afterward.

The southern city of Nagasaki was hit by a second bomb three days later, killing 74,000 people, in one of the final acts of World War II.