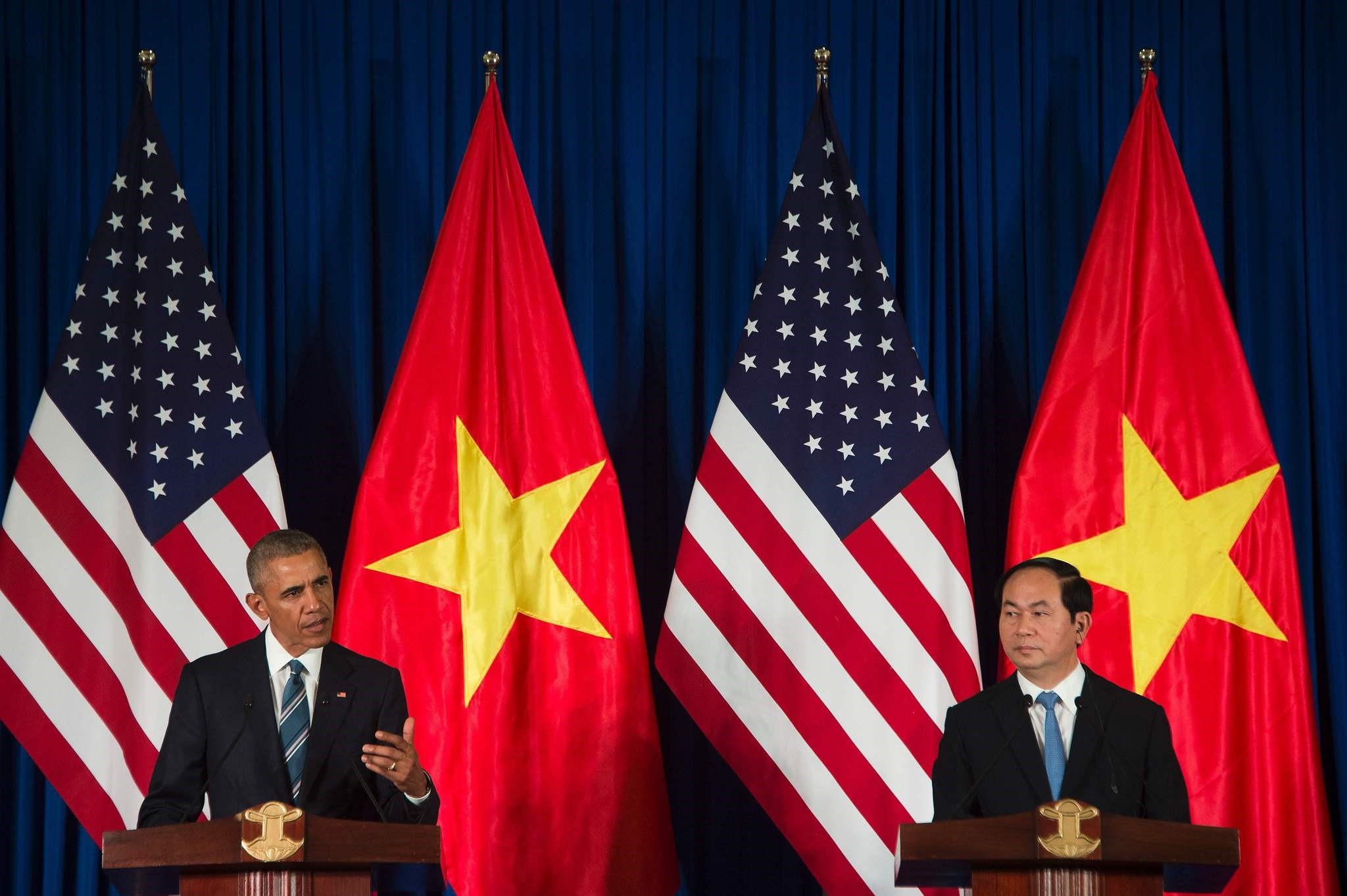 The United States has fully lifted its ban on weapons sales to Vietnam, President Barack Obama announced on Monday during a visit to Hanoi, unpicking a decades-old embargo on the one-time enemy.

"The United States is fully lifting the ban on the sale of military equipment to Vietnam that has been in place for some fifty years," he said at a joint press conference alongside his Vietnamese counterpart President Tran Dai Quang.

But Obama was keen to separate the decision to allow arms sales to the communist nation from shared concerns over Beijing's claims to contested waters.

"The decision to lift the ban was not based on China... but on our desire to complete what has been a lengthy process moving towards normalization with Vietnam," he said.

"At this stage, both sides have developed a level of trust and cooperation including our militaries," the US leader added.

Obama's three-day visit to Vietnam comes some 41 years after the North Vietnamese army and its Viet Cong allies marched into Saigon, humiliating the world's preeminent superpower.

The rollback of the arms embargo is highly symbolic of a shift in relations that has seen a surge in trade and cultural changes between the two countries that were locked in a bitter, bloody conflict just a generation ago.

The United States is cosying up to Asia-Pacific countries in a strategic shift to tap the trade potential of the region and as a bulwark to the influence of regional superpower China.

Vietnam's military spending has surged in the last decade, by 130 percent since 2005, according to the Stockholm International Peace Research Institute.

But much of Vietnam's arsenal is made up of ageing Russia-built equipment.