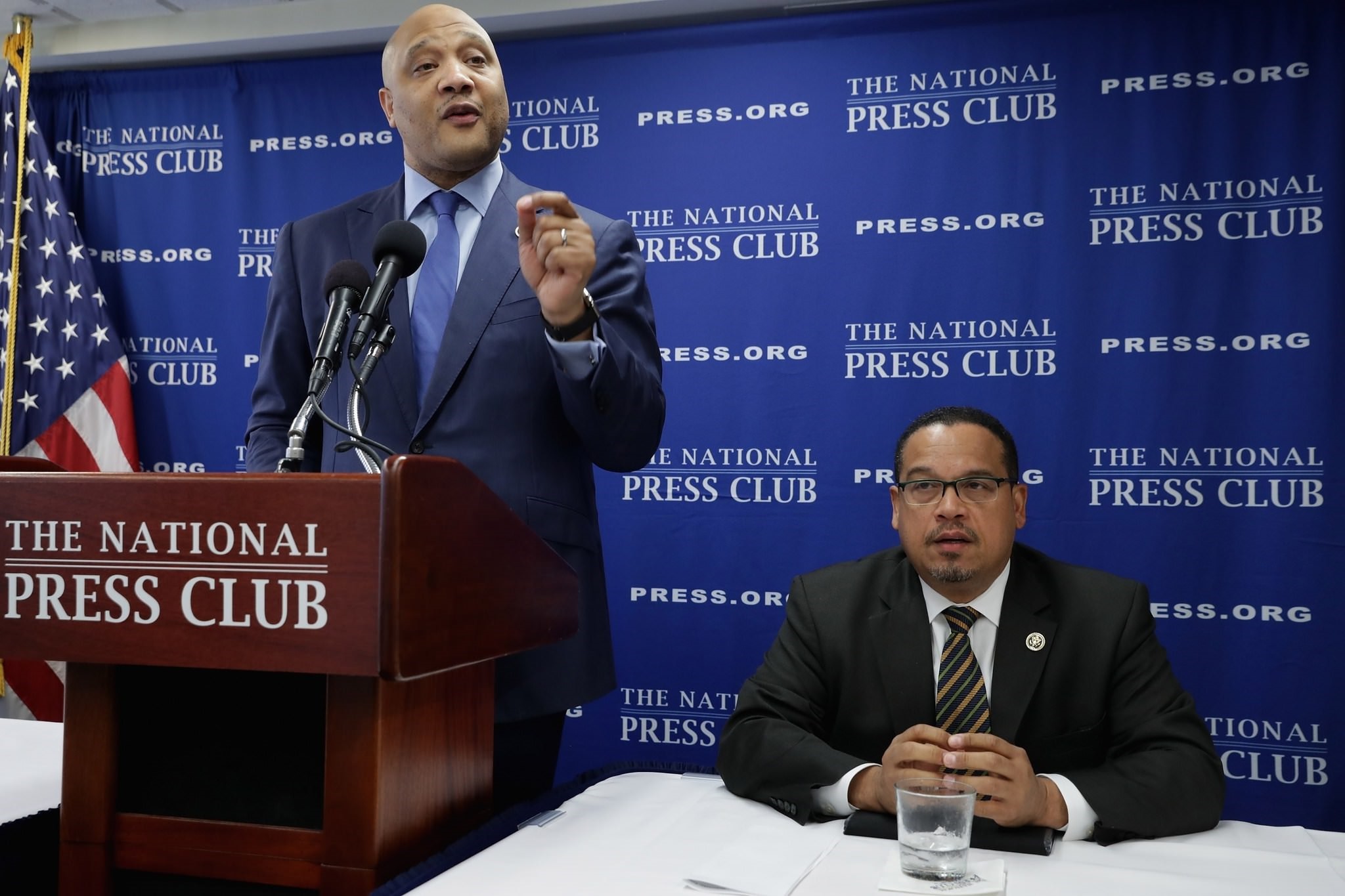 A fringe group of people are not the only ones expressing bigotry toward Islam and its adherents but U.S. officials are also involved in hate mongering, a Muslim congressman said Tuesday.

"It is not just bad individuals acting badly there is an official component to this and it must be addressed and we are not going to stop talking about this," according to Democratic Rep. Keith Ellison, one of just two Muslim lawmakers in Congress.

His remarks came at a press briefing in Washington alongside Democratic Rep. Andre Carson -- also a Muslim.

Ellison said Muslims have been part of the American fabric since the country's founding but it so happens that "anti-Muslim hatred spikes with the presidential cycle".

He noted that anti-Muslim rhetoric had already been circulating by many when Republican presumptive nominee Donald Trump called for a temporary ban on Muslims entering the U.S. in the wake of terror attacks in Paris late last year.

The rhetoric "attracts candidates who want to divide America on actually any basis that they can in order to achieve electoral success," he added.

To describe Trump's rhetoric simply as bigotry is not complete, he said.

"What he is really doing is appealing to people's tribalism," according to Ellison, who defined tribe as "white working class".

Although the Muslim vote in the U.S. is not as consolidated as the female women vote or black vote, in some cases, he said, in some states Muslims may play a critical role in the presidential election in November.

In Virginia and some districts in Minnesota with high Muslim populations, those numbers could be leveraged to organize and work on counter-messaging efforts, he said.

Carson also took on presidential candidates for contributing to the anti-Muslim rhetoric.

"It is disappointing to hear the folks who are running for the highest office in the land say that they don't want Muslim to come into our country," he said. "We, Americans, cannot stand for bigotry."

Noting his support for Democratic hopeful Hillary Clinton, Carson said that although the Muslims in the U.S. is divided in their backing for Clinton and her rival, Vermont Sen. Bernie Sanders, Muslims respect Clinton because she has "a special sensitivity as it relates to issues impacting the Muslim community".

He said Muslims will be in critical positions in Clinton's Cabinet if she is elected.