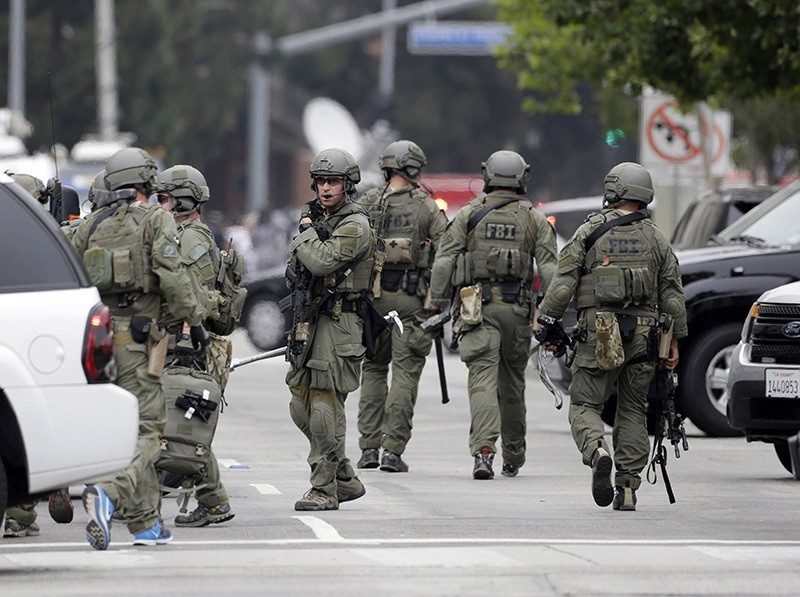 Two people were shot and killed on the UCLA campus Wednesday, and it was possible one of them was the gunman, authorities in Los Angeles said.

Officers were still searching for any other victims and suspects who could be on the loose, said James Herren, chief of the police department at the University of California, Los Angeles.

The campus on the city's west side was locked down, and dozens of officers with the LAPD and the university's police force ran across the campus, some with weapons drawn. At one point, a team in tactical gear stormed into a building, and more than a dozen police cars massed near Boelter Hall, an engineering building.

People emerged from buildings with their hands raised or behind their heads. Police told people to stay away from the campus in a bustling part of the city.

The shooting occurred the week before final exams at the school, the flagship of the University of California system with about 43,000 students.

Many students posted to social media, many to let friends and family know they were safe. Some described frantic evacuation scenes and a large police response. Others wrote that their doors weren't locking and posted photos of items like photocopiers and foosball tables pushed up against them.

The focus of police activity was a cluster of engineering buildings near the center of a campus that occupies 419 acres in Los Angeles.

At a mathematical sciences building near Boelter Hall, SWAT officers with guns drawn cleared occupants who emerged one by one.

One man walked out with his hands up and was told to get on his knees. An armed officer searched him and his backpack, then sent him on his way with his hands still in the air.

Bioengineering professor Denise Aberle said she could see "a lot of police activity with innumerable cars" and a police helicopter hovering over the engineering building.