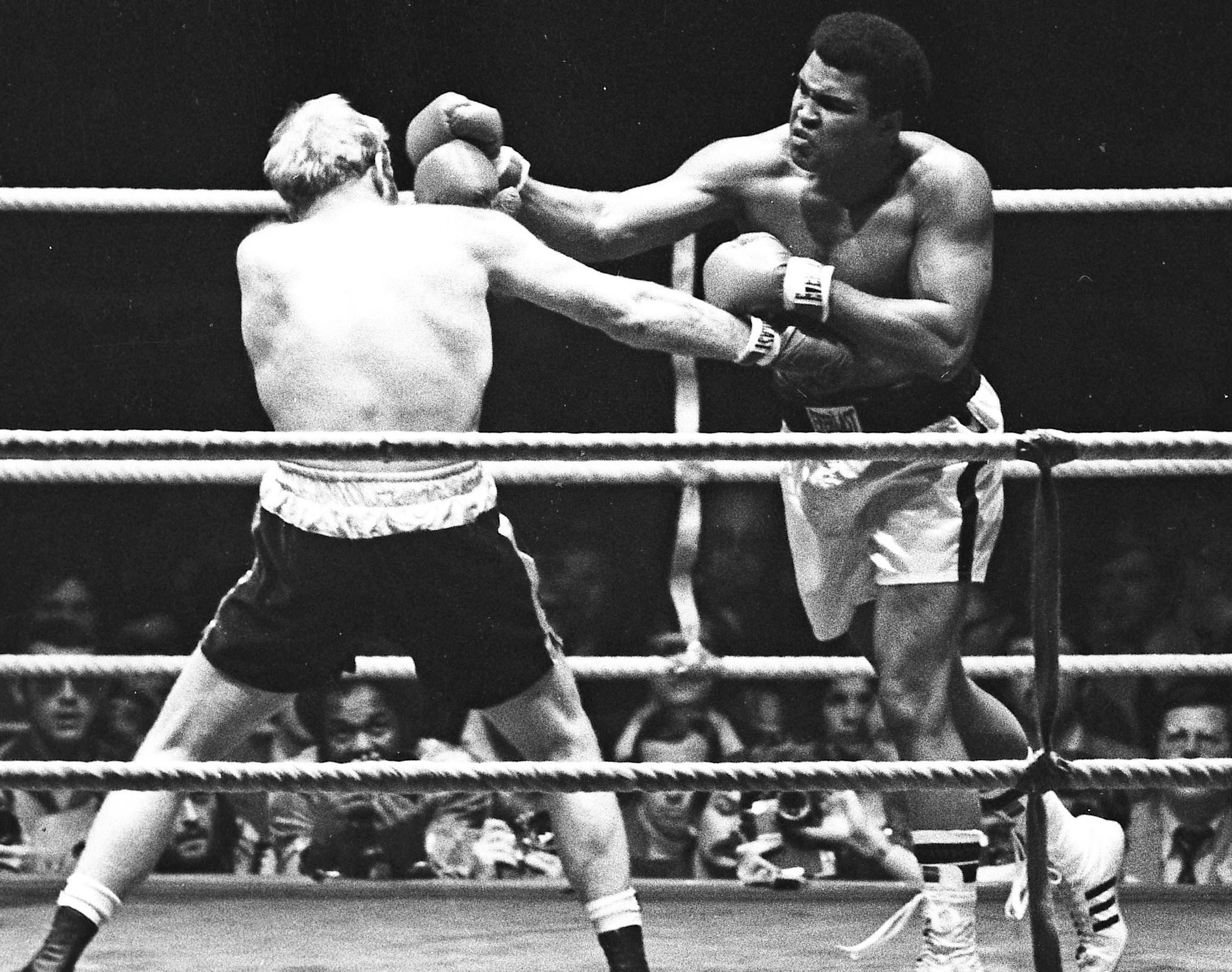 The boxing legend and one of the most influential sports figures of 20th century, Muhammad Ali, passed away at the age of 74 in Phoenix, U.S. on Friday.

Muhammad Ali's death was announced by a family spokesman.

A boxing legend, Ali won the heavyweight title three times and was known for his unorthodox fighting style merging power and agility. Off the ring, he was famous throughout the globe for his charismatic personality, as well as social and political activism.

"After a 32-year battle with Parkinson's disease, Muhammad Ali has passed away at the age of 74. The three-time World Heavyweight Champion boxer died this evening," family spokesman Bob Gunnell told NBC News.

In 1967, three years after he won his first title, Ali refused to be drafted during the Vietnam War even though he registered for military service, presenting himself as a conscientious objector. Ali was stripped of his title, had his boxing license suspended, and a court found him guilty of draft evasion. His conviction was eventually reversed by the Supreme Court.

As the tide turned and public opinion shifted on the war, Ali became a spokesman for the anti-war sentiment, giving speeches at universities across the United States, even as he became increasingly active in the Civil Rights movement.

A convert to Islam, Ali advocated religious freedom. Initially a member of the Nation of Islam movement, which combined elements of religion and African American political activism, Ali converted to Sunni Islam after falling out with the group in 1975.

Ali leaves behind his wife Lonnie, seven daughters and two sons, as well as a legacy likely to remain unmatched as a boxer and world-renowned public figure.

Muhammad Ali: a fight in ring, a fighter for justice

Muhammad Ali was remembered in tributes worldwide for his iconic fight for social justice as well as his legendary boxing battles.

Turkish Foreign Minister Mevlüt Çavuşoğlu said in a tweet: "Muhammed Ali, who was a source of inspiration for thousands of people with his sports attitude and faith, has passed away. May he rest in paradise."

Turkey's former Prime Minister Ahmet Davutoğlu also sent a tweet on Muhammad Ali: "My Allah embrace Muhammad Ali mercy, the defender of human rights, who fought not with his fists but with his mind and soul." Davutoğlu added that the current [racial] debates in U.S. president elections show how important what Muhammad Ali left behind is.

"Hillary and I are saddened by the passing of Muhammad Ali. From the day he claimed the Olympic gold medal in 1960, boxing fans across the world knew they were seeing a blend of beauty and grace, speed and strength that may never be matched again. We watched him grow from the brash self-confidence of youth and success into a manhood full of religious and political convictions that led him to make tough choices and live with the consequences. Along the way we saw him courageous in the ring, inspiring to the young, compassionate to those in need, and strong and good-humored in bearing the burden of his own health challenges. I was honored to award him the Presidential Citizens Medal at the White House, to watch him light the Olympic flame, and to forge a friendship with a man who, through triumph and trials, became even greater than his legend. Our hearts go out to Lonnie, his children, and his entire family," Former U.S. President Bill Clinton said.

"Muhammad Ali was not just a champion in the ring - he was a champion of civil rights, and a role model for so many people," British Prime Minister David Cameron said in tweet.

Meanwhile, popular for his controversial racial and Islamophobic comment, U.S. Republican presidential hopeful Donald Trump also sent a tweet saying: "Muhammad Ali is dead at 74! A truly great champion and a wonderful guy. He will be missed by all!"

George Foreman, Ali's most famous knockout victim from the Rumble in the Jungle, noted Ali's other main rival, Joe Frazier, in tweeting: "Ali, Frazier and Foreman we were 1 guy. A part of me slipped away, The greatest piece."

The front page headline on Ali's hometown newspaper, the Courier-Journal of Louisville, Kentucky, simply said, "The Greatest" with a legendary 1965 photo of Ali standing over a flattened Sonny Liston.

Ali spoke out for African-American civil rights in the 1960s, carrying on his fight against injustice and sacrificing the prime years of his own career in the process.

"When people saw what he had done for what he believed in, threw away 3 1/2 years of his career and he remained steadfast, he came through all of that bigger and more important than ever before," boxing promoter Bob Arum said.

"At a time when blacks who spoke up about injustice were labeled uppity and often arrested, Muhammad willingly sacrificed the best years of his career to stand tall and fight for what he believed was right," said Abdul-Jabbar. "In doing so, he made all Americans, black and white, stand taller. I may be 7-feet-2 but I never felt taller than when standing in his shadow."

Some of the famous Muhammad Ali quotes:

"Float like a butterfly, sting like a bee. Rumble, young man, rumble." — 1964, before his fight with Sonny Liston.

"I ain't got no quarrel with them Vietcong." — Feb. 17, 1966, Ali's famous explanation of why he refused to serve in the United States Army.

"I've done my celebrating already. I said a prayer to Allah." — June 28, 1971, on being told his conviction for draft evasion was overturned by the U.S. Supreme Court.

"I told you all, all of my critics, that I was the greatest of all time. ... Never make me the underdog until I'm about 50 years old." — Oct. 1, 1974, after knocking out George Foreman to become heavyweight champion for the second time, in Kinshasa, Zaire.

"My gloves are going to jail! They ain't done nothin' — yet." — on being told the commission member in charge of the gloves would keep them in a prison until his fight against Joe Bugner on July 1, 1975, at Kuala Lumpur, Malaysia.

"My name is known in Serbia, Pakistan, Morocco. These are countries that don't follow the Kentucky Derby." — New York Times interview, April 1977.

"All I can do is fight for truth and justice. I can't save anybody. He's a science fiction character, and I'm a real character." at a news conference Jan. 31, to announce a comic book in which Ali beats Superman.

"People say I talk so slow today. That's no surprise. I calculated I've taken 29,000 punches. But I earned $57 million and I saved half of it. So I took a few hard knocks. Do you know how many black men are killed every year by guns and knives without a penny to their names? I may talk slow, but my mind is OK." — Jan. 20, 1984, while in Seattle for a benefit for Sugar Ray Seales, legally blind because of detached retinas suffered while boxing.

"What I suffered physically was worth what I've accomplished in life. A man who is not courageous enough to take risks will never accomplish anything in life." — at a news conference Oct. 28, 1984, at Houston.