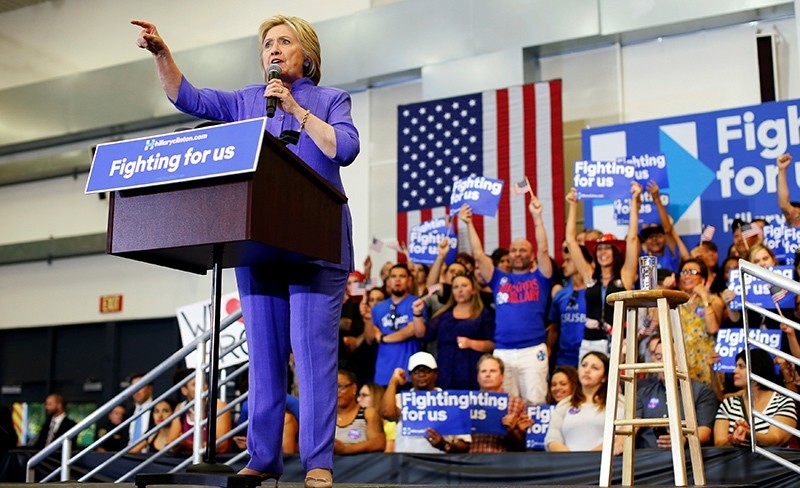 At a campaign event focused on immigration, Clinton continued her criticism of the likely Republican nominee, saying that when he "talks about deporting 11 million immigrants, he's talking about ripping apart families."

Clinton kicked off a long day of California campaigning at Los Angeles Mission College in Sylmar, where she addressed a largely Asian and Latino crowd.

Clinton listened to the personal experiences of several immigrants and stressed her commitment to immigration reform.

Clinton has upped her attacks on Trump in recent days, starting with a speech slamming his foreign policy Thursday. She is hoping to officially lock up the Democratic nomination in the coming days.