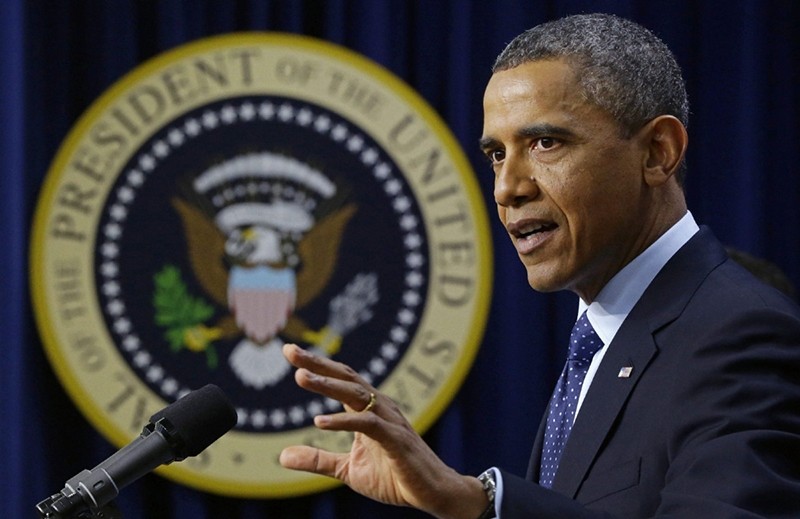 Muslim holy month 'reminds us of our common obligations to uphold the dignity of every human being,' US president says

President Barack Obama on Sunday marked the start of Ramadan by emphasizing that the U.S. must do more to help Muslims who have fled violence and poverty.

"Far too many Muslims may not be able to observe Ramadan from the comfort of their own homes this year or afford to celebrate Eid with their children," he said in a statement, referencing the celebration at end of the month-long fast. "We must continue working together to alleviate the suffering of these individuals.

"This sacred time reminds us of our common obligations to uphold the dignity of every human being. We will continue to welcome immigrants and refugees into our nation, including those who are Muslim," he added.

Obama has urged his administration to admit 10,000 refugees into the U.S. by the start of October, but a complex set of security checks has resulted in only approximately 2,500 being admitted so far.

The pledge is in response to a global refugee crisis fueled mainly by Syria's more than five-year conflict. Afghanistan is the second highest source country for refugees, according to the UN's refugee agency.

In his Ramadan statement, Obama said: "We cannot forget the millions of lives that have been displaced by conflict and struggle, across the world and in our own backyard."

But this year's presidential campaign rhetoric has largely proven divisive on the issue, with presumptive Republican nominee Donald Trump urging a ban on Muslim entry into the U.S. due to security concerns.

When asked on CBS' "Face the Nation" on Sunday if he thought that a Muslim judge would treat him unfairly, Trump responded: "It's possible."

But Obama urged Americans to reject anti-Muslim sentiment, saying, "I stand firmly with Muslim American communities in rejection of the voices that seek to divide us or limit our religious freedoms or civil rights."

In a separate statement, Secretary of State John Kerry wished the world's "1.6 billion Muslims around the world a joyful Ramadan Kareem."

Muslims in the U.S. will begin fasting at dawn Monday. The holy month will conclude July 5.