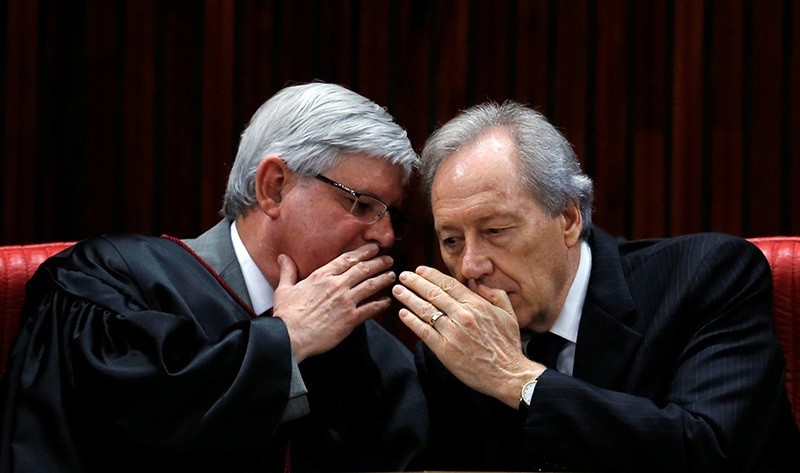 Brazil's general prosecutor asked the country's Supreme Court to arrest the president of the Senate and three others for interfering with a corruption investigation, O Globo newspaper said Tuesday.

Rodrigo Janot requested that Renan Calheiros of the Upper House of Congress be detained along with former President Jose Sarney and Planning Minister Romero Juca, who resigned last month for issues related to the same case.

Another individual who has been singled out for arrest is Eduardo Cuhna, former Lower House speaker who was suspended at the beginning of May for corruption, obstruction of justice and abuse of power in a case linked to an investigation against state-run oil company Petrobras.

Teori Zavascki, chief of the Supreme Court, will have about a week to decide whether to accept the order, according to local media.

"Sarney and Juca were caught conspiring against an operation known as Lava Gato in conversations recorded by former president of Transpetro Sergio Machado," O Globo said.

The developments will affect the government of interim President Michel Temer as all individuals named belong to the ruling Brazilian Democratic Movement Party (PMDB). Temer is currently under investigation and last week was barred from running in elections for eight years because of fraud.

The developments deepen the political upheaval in the South American country, which is dealing with the possible dismissal of President Dilma Rousseff, suspended from office for six months as she faces a political trial.

Calheiros leads the PMDB and is the first in line to become the head of the state.

Cuhna is known for orchestrating Rousseff's impeachment and Sarny ruled Brazil between 1985 and 1990.

Sarny, 86, would be kept under house arrest with an electronic ankle bracelet if the motion is accepted.

Amid this crisis, Brazil's economy is dealing with its second straight year of recession while preparing for the Olympic and Paralympic games set to begin in August.