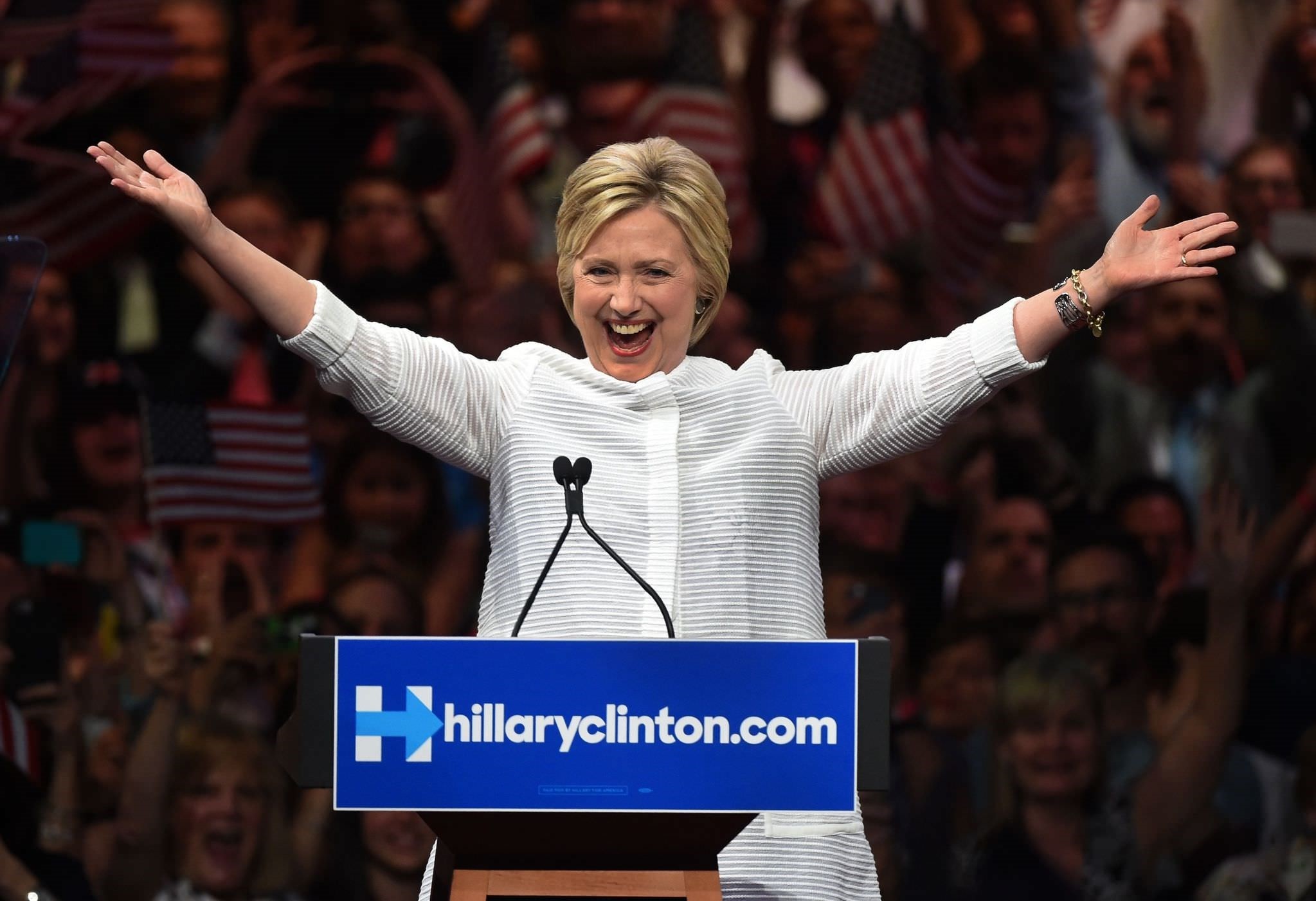 The news came hours after the former secretary of state clinched the Democratic Party nomination on the last major date of the 2016 primary calendar, with six states holding polls.

California, the most populous US state, was the biggest prize of all.

Claiming her place in history, Hillary Clinton declared victory Tuesday night in her bruising battle for the Democratic presidential nomination, becoming the first woman to lead a major American political party and casting herself as the beneficiary of generations who fought for equality.

"This campaign is about making sure there are no ceilings, no limits on any of us," Clinton said during an emotional rally in Brooklyn, eight years to the day after she ended her first failed White House run. As she took the stage to raucous cheers, she paused to relish the moment, flinging her arms wide and beaming broadly.

Clinton had already secured the delegates needed for the nomination, according to an Associated Press tally. She added to her totals with victories in New Jersey, New Mexico and South Dakota, three of the six states voting Tuesday.