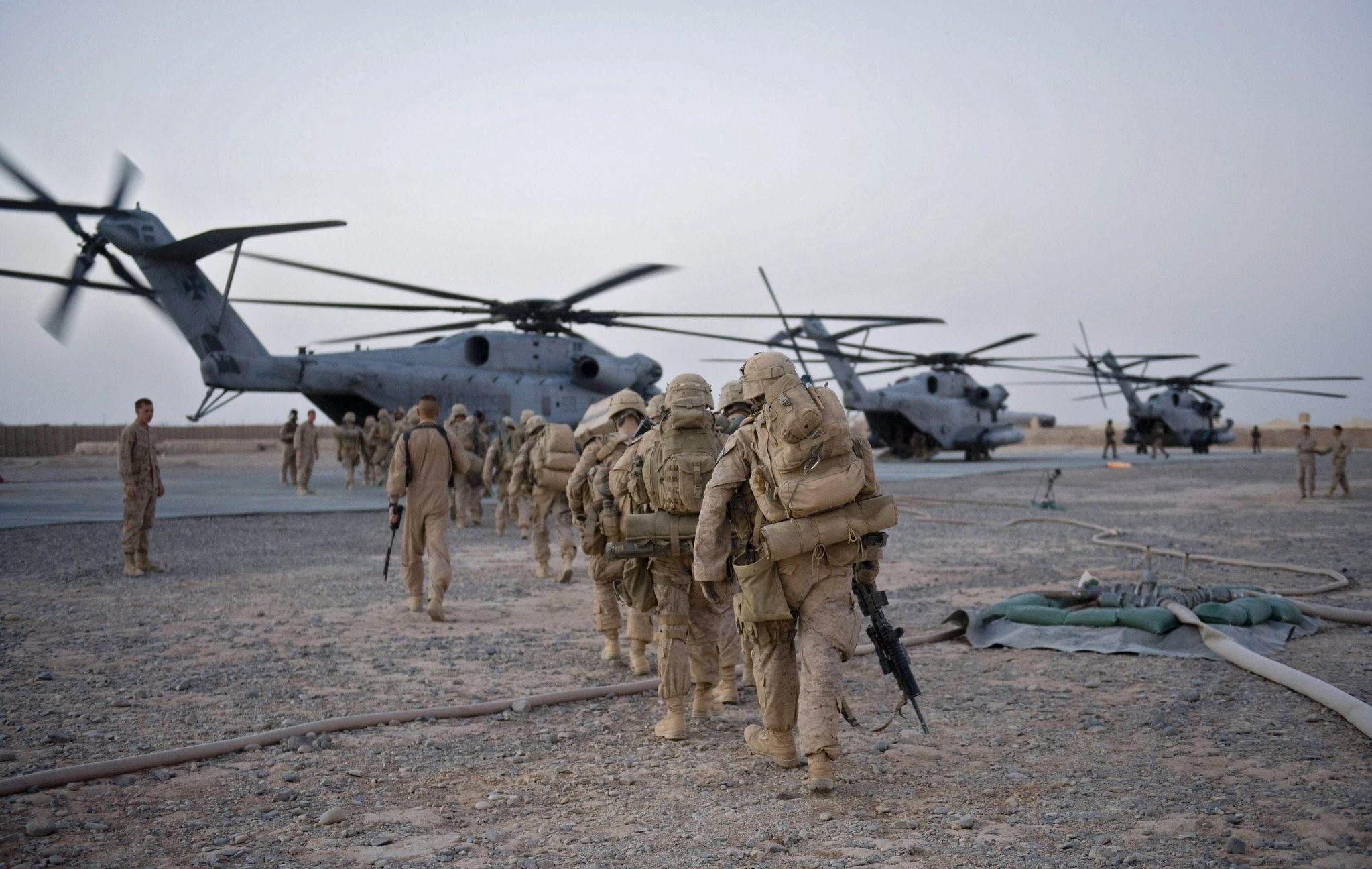 US Marines walk towards the helicopter as part of Operation Khanjar at Camp Dwyer in Helmand Province in Afghanistan on July 2, 2009. (AFP)
by Anadolu Agency Jun 11, 2016 12:00 am

Obama has provided U.S. commanders in Afghanistan with new powers to combat the resilient threat posed by the Taliban, the White House confirmed Friday.

But Earnest insisted that U.S. forces will not have a combat role.

"When they're accompanying, they continue to be remained focused on the advise and assist mission that they've been carrying out for almost two years," he said.

Previously, U.S. and NATO forces had only been allowed to provide that assistance to Afghan special forces.

"The idea here is to put U.S. forces in a position where they can be more proactively supportive of operations led by Afghans Security Forces on the ground," Earnest said.

The U.S. formally ended its combat operations in Afghanistan in 2014, but the Afghan government has struggled to counter the ongoing Taliban insurgency.

The troubled anti-Taliban effort has cast doubts on the relatively modest U.S. plans to cut current force levels in the country from the 9,800 U.S. troops currently in country to 5,500 by 2017.