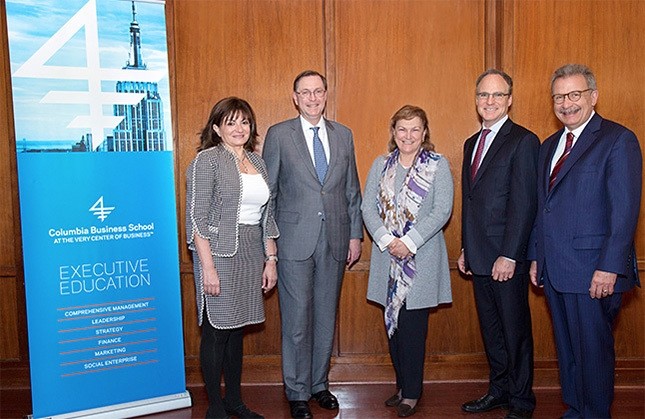 The Sabancı family, one of Turkey's richest, will donate $10 million to New York-based Columbia University to open a new teaching position and Turkey Studies Center in the name of Sakıp Sabancı, a Turkish business tycoon.

Guler Sabancı, current chair of Sabancı Holding, told reporters in Istanbul on Monday that the project would be run in cooperation with Istanbul based-Sabancı University.

"I hope that the combination of those two [institutions] will bring huge benefits," Sabancı said.

"I believe that the [cooperation between] Sabancı and Columbia universities will also contribute to building a stronger bridge between Turkey and the U.S.," she added.

Dilek Sabancı, the daughter of Sakıp Sabancı who died in 2004, said that Turkish studies were always important for her father.

"We are donating a fund to Columbia University and we are realizing a first for Turkey. We are establishing a chair and center which will be named after its donator, my father Sakıp Sabancı, for the first time in the U.S.," she said.

Ayşe Kadıoğlu, dean of the Faculty of Arts and Social Sciences at Sabancı University, said that every year a Turkish Ph.D. student would be granted a scholarship to study at Columbia.

Ipek Cem Taha, the director of Columbia University Global Centers-Istanbul, said that the $10 million fund would be transferred to Columbia University. The revenue form this fund will be used to run both the chair and center, she added.

Lee C. Bollinger, the nineteenth president of Columbia University, sent a video message where he said: "We all feel a very deep connection with Turkey with its history with its importance in the modern world."

Sabancı University was established in 1994 while Columbia in 1754.