Everyone knew that Orlando attacker Omar Mateen would hurt someone 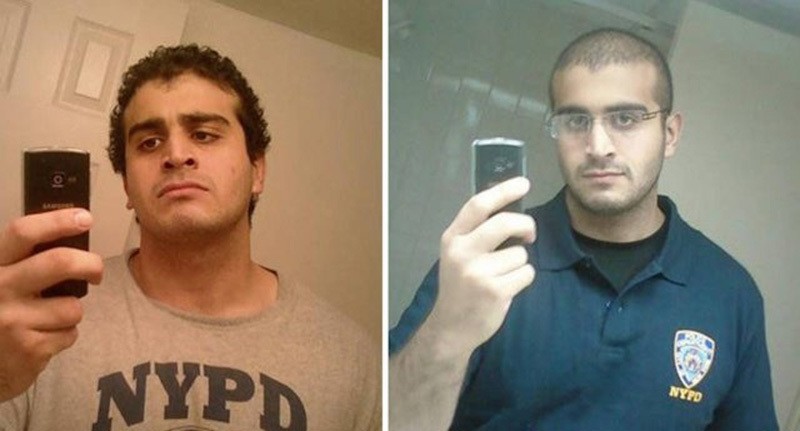 Once we begin to learn about the Orlando gay nightclub killer, nothing is really surprising, at least according to the attacker's friends and ex-wife. Omar Mateen was a 29-yeard-old Afghan-American born in New York who spent his life in Florida and worked as a security guard for GS4, one of the largest private security contractors in the world, since 2007. He seemed to many as if he was living like any other regular American. But his close associates and the FBI knew that he was not an American living a peaceful life.

Let's begin with his family. His father Seddique Mateen hosts a TV show where he makes contradictory remarks about his opinions on Afghanistan. One American news outlets bluntly said that he believes he is the current president of Afghanistan. His initial comments about the Orlando massacre were also troubling. First he claimed his son was angered by two men kissing in Miami in a public bathroom. Then on Monday he withdrew his reasoning for the attack and said that he was sad, and in the very same interview described the Orlando murderer as a "good son." He said he does not know why his son did what he did: "Mateen was well behaved. His appearance was perfect. I didn't see any sign of worrying or being upset or nervous." His quick change of tune about his son's psychology could be linked to his attitude of him. As we discovered on Monday night, the so-called homophobe was actually a regular patron of the Pulse gay nightclub in Orlando. Several witnesses have told the media that he would get drunk and brag about his father. He would call him strict. What a shock. So his father was not his best friend.

His time in high school was also not perfect. Robert Zirkle, then a freshman at Martin County High School, told the Washington Post that his classmate, Omar Mateen was excited and made fun of how America was attacked on 9/11. He said: "He was making plane noises on the bus, acting like he was running into a building."

He was able to play nicely up to a point. About 10 years ago he was working at the supplement store GNC. Samuel King, a friend of his in high school who happens to be a drag queen, was working next door at a restaurant chain. Mateen would go there and have lunch with his drag queen friend and he did not have any problem with it.

The previously told story in the media claimed that he became homophobic over time. Eric Baumer, whose security guard shifts at the PGA Golf Club at the PGA Village overlapped with Mateen's in 2015, said: "He had bad things to say about everybody – blacks, Jews, gays, a lot of politicians, our soldiers. He had a lot of hate in him. He told me America destroyed Afghanistan."

However, recent stories say that Mateen was on gay dating apps for years and had been texting people, sometimes asking about popular night clubs. "I recognize him from one of the apps," Cord Cedeno said, referencing Grindr. "But I instantly blocked him because he was very creepy in his messages. I blocked him immediately. Yeah, I recognize him off Grindr. The one of him in the tie." So there is a great possibility that Mateen could have been a closeted homosexual or bisexual and he did not become homophobic over time. However, his comments to his colleagues and his lifestyle hint that he was suppressing his identity.

Mateen's other friends described him as "toxic." Daniel Gilroy, a former Fort Pierce police officer who once worked with Mateen in 2014-15, said: "This guy was unhinged and unstable. He talked of killing people."

Apparently this troubling persona led to not just one, but two FBI investigations, but they did not result in any legal action. FBI Director James Comey told the press on Monday that the agency investigated him in May 2013 because he told his coworkers that he had family connections to al-Qaida. He said he was a member of the Shiite terrorist group Hezbollah. He said he hoped that law enforcement would raid his apartment and assault his wife and child so that he could "martyr" himself. The FBI ended its preliminary investigation in 10 months. However, two months later, in July 2014, the FBI learned that Mateen knew the Florida man who had blown himself up for al-Nusra Front in Syria. They know each other through the same mosque they were attending. Again the investigation was fruitless.

But Mateen's colleagues and ex-wife did know that something was wrong with him.

His ex-wife, Sitora Yusufiy, said he displayed "erratic" behavior and was verbally and physically abusive. He had bipolar disorder and made anti-gay comments when he was angry.

Daniel Gilroy, a former co-worker, said the shooting did not come as a surprise to him. Another colleague, Eric Baumer, said when he saw Mateen's picture on the news, he thought: "Of course, he did that."

That is the striking part. The FBI knew that he was not stable. His co-workers knew there was something wrong with him. His ex-wife was subject to domestic abuse. The club's regular patrons knew that he was creepy and belligerent, yet none of this prevented this massacre from happening. The responsibility here falls on the FBI's shoulders because they were the ones who followed him for more than 10 months and were able to reach all of these people and determine whether he was a threat to society. This will eventually provoke more scrutiny of the agency if it has not already begun.