'I'll be looking for a job on LinkedIn in 7 months,' Obama jokes 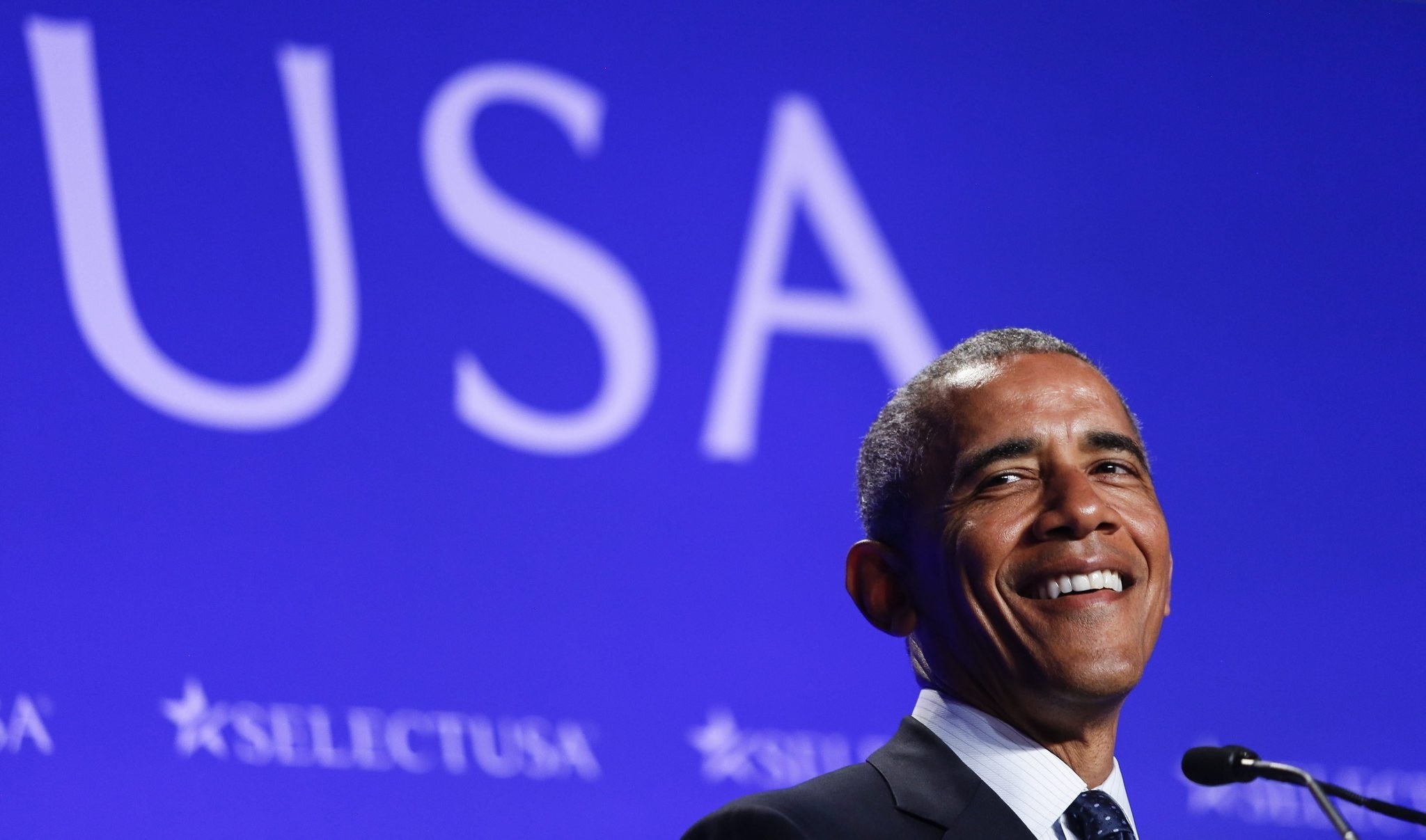 "In about seven months, I'll be looking for a job," he said on Monday during the SelectUSA summit which aims at attracting foreign investment in the United States.

"I'll sign up on LinkedIn and see what comes up," he said.
Obama also defined the American market as "an amazing place to do business" in his speech.

This is not the first time that a U.S. president evoked the social network for professionals, which has been purchased by Microsoft for $ 26.2 billion.

In February Obama also published a short statement on LinkedIn. In the text, he told about his first job experience: ice-cream parlor at Baskin-Robbins in Honolulu.

"My first job was not particularly glamorous, but it taught me two or three essential things. Have a sense of responsibility. Work hard. Find a balance between work, friends, family and school," he stated.
RELATED TOPICS