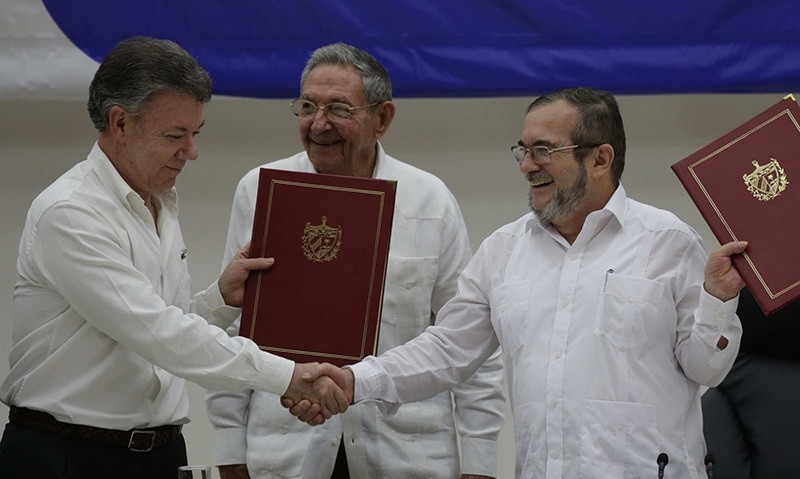 The Colombian government and the Revolutionary Armed Forces of Colombia (FARC) rebel group took a final step toward peace in their decades-long conflict Thursday, signing a definitive cease-fire agreement at a ceremony in Havana.

The cease-fire is years in the making, a final step in peace negotiations launched in 2012. In the agreement, both sides agreed to ban arms in the exercise of politics - a historic step for a country embroiled in civil war since the 1960s.

FARC agreed to use non-violent means to work for its political goals, and the government promised to protect the disarmed rebels - in contrast to the 1980s, when thousands of members of the FARC's nascent Patriotic Union political party were slain by right-wing paramilitaries.

Eleven months ago, FARC announced a unilateral ceasefire. Although Colombia suspended its air campaign against the guerrillas, the government had until now had refused to end a ground offensive.

Government and guerrillas laid out a 180-day road map at the end of which FARC will have disarmed. The disarmament is to be verified by a working group composed of government and FARC representatives and United Nations observers.