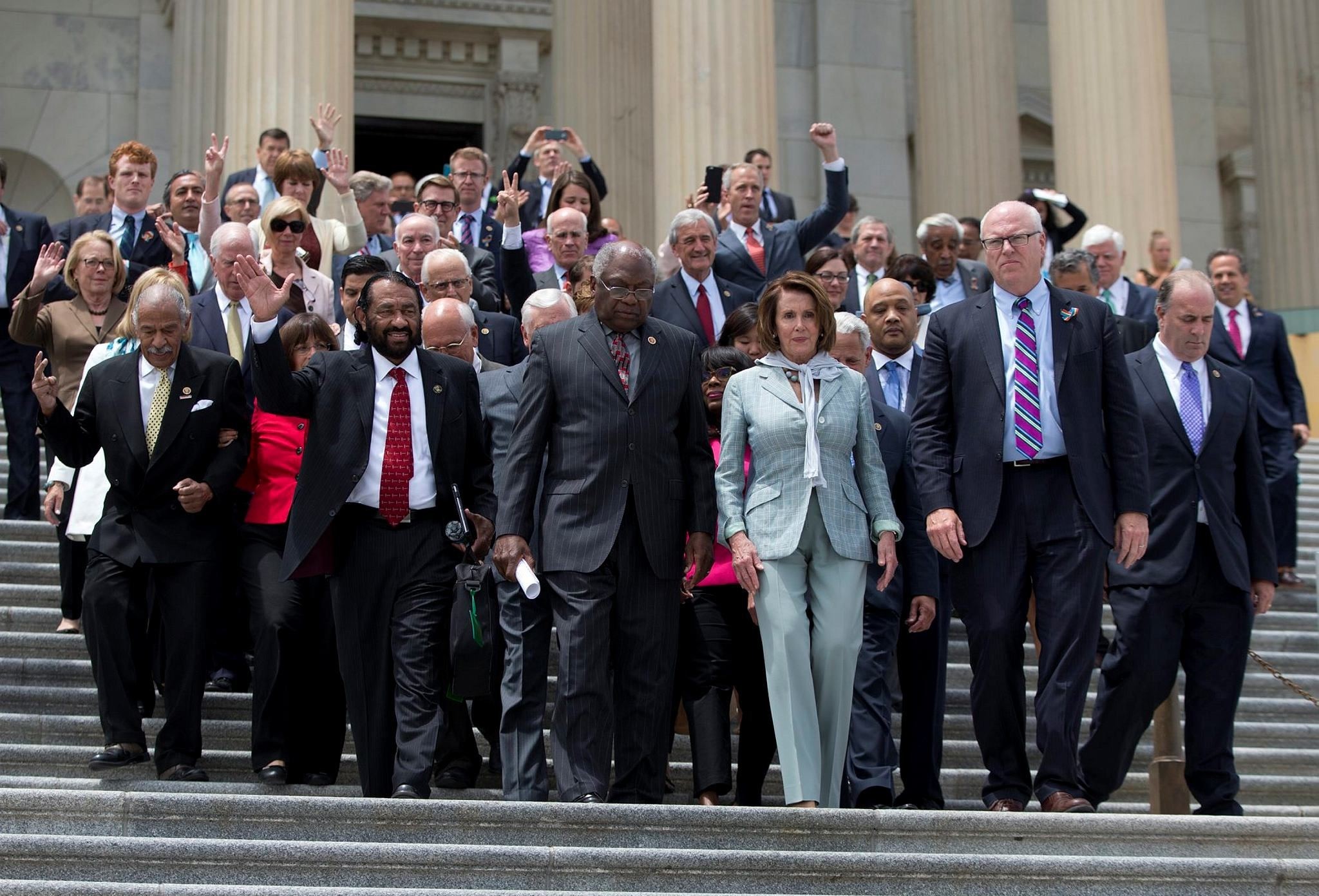 Democratic lawmakers ended a sit-in protest Thursday after occupying the House floor for more than 25 hours in which they had pledged to continue to force a vote on a gun control bill.

Rep. Jim Clyburn said lawmakers would return July 5, following the July 4 holiday and operate "on a sense of a purpose" at that time as they would engage with constituents in their districts, according to media reports.

On Wednesday, approximately 30 Democrats began the protest, led by Rep. Lewis, which grew to more than 100 members a few hours later. Democrats are trying to force a vote on a "no fly, no buy" resolution that would bar those on no-fly lists from purchasing a firearm.

The lawmakers took turns for hours as they discussed gun violence after Omar Mateen allegedly slaughtered 49 people and wounded 53 others at a gay nightclub in Florida earlier this month.

Scenes from inside the chamber were broadcast by House members using their cellphones after broadcast cameras were shut down by Republicans. The C-SPAN network then fed the scenes from members' phones.

The Republican-controlled Senate voted down four gun control measures Monday that were widely expected to fail.

"We must never, ever give up or give in. We must keep the faith," tweeted Rep. John Lewis who led the protests and is a civil rights icon.

"We must come back here on July 5 more determined than ever before," he said, while he used the hashtag #NoBillNoBreak in another tweet.

After having ended the sit-in, Lewis told reporters that he and other Democrats were "gonna continue to push, to pull, to stand out and, if necessary, just sit down" when they return to the House in July.