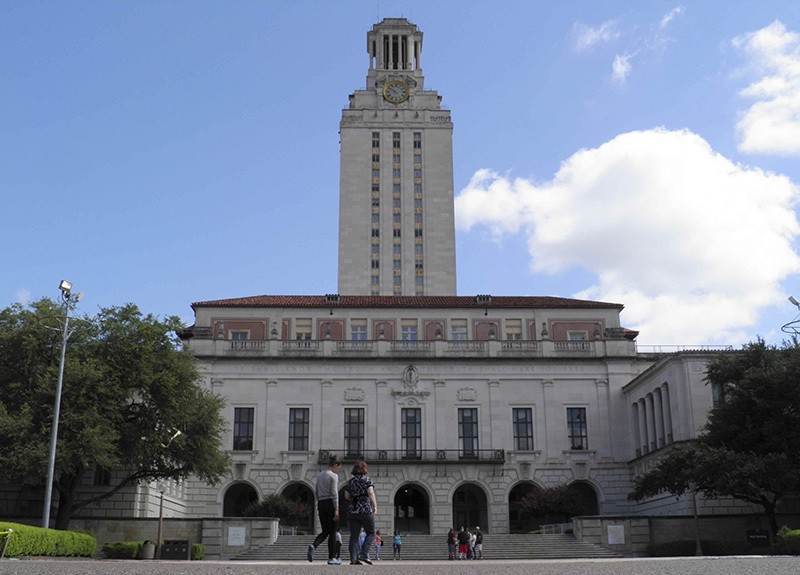 US Supreme Court sides with University of Texas at Austin as it fills a quarter of its new student pool by using race as one part of the selection process. Most seats are filled under a Texas law that mandates that students graduating in the top 10 percent of their class be offered admission to publicly funded universities.

The 4-3 decision ruled that limited affirmative action policies are constitutional.

Justice Anthony Kennedy said in his majority opinion that the Texas plan complied with earlier court rulings that allow colleges to consider race in pursuit of diversity on campus. "The university has thus met its burden of showing that the admissions policy it used ... was narrowly tailored," Kennedy wrote.

The court's three more-conservative justices dissented, and Justice Samuel Alito read portions of his 51-page dissent, more than twice as long as Kennedy's opinion, from the bench.

"This is affirmative action gone wild," Alito said. The university "relies on a series of unsupported and noxious racial assumptions."

In a separate dissent, Justice Clarence Thomas repeated his view that the Constitution outlaws any use of race in higher education admissions.

With the death of Scalia in February and with Justice Elena Kagan sitting out the case because she worked on it while serving in the Justice Department, just seven justices participated in the decision.

Justice Elena Kagan recused herself from proceedings likely due to her earlier work on the case as solicitor general, and deceased Justice Antonin Scalia's chair remains empty because the Senate refuses to hold hearings on any nominee put forth by President Barack Obama.

Scalia would have likely voted against the opinion due to his opposition to affirmative action, leaving the case in a tie.

President Barack Obama lauded the decision saying America's top court, "upheld the basic notion that diversity is an important value in our society and that this country should provide a high quality education to all our young people regardless of their background."

He added, "We are not a country that guarantees equal outcomes, but we do strive to provide an equal shot to everybody and that's what was upheld today," he said.

The University of Texas at Austin fills a quarter of its new student pool by using race as one part of the selection process. Most seats are filled under a Texas law that mandates that students graduating in the top 10 percent of their class be offered admission to publicly funded universities.

In Texas, where Hispanics and blacks constitute a significant portion of the state's population, the top 10 percent program has translated into racial diversity at the university level.

The decision was issued after the case was heard for a second time. Plaintiff Abigail Fisher, a white Texan, argued that the university denied her admission due to her race.

The last time the court heard the case in 2012 it returned it to a lower court for review. The lower court upheld the university program, sending it back to America's top court.

In the dissenting opinion, Justice Samuel Alito slammed the decision. "This is a plea for deference - indeed, for blind deference," he said.

"What the majority has now done - awarding a victory to UT in an opinion that fails to address the important issues in the case - is simply wrong," Alito wrote, referring to the University of Texas.

Several states bar the use of race as a factor in college admissions, including California, Florida and Washington.