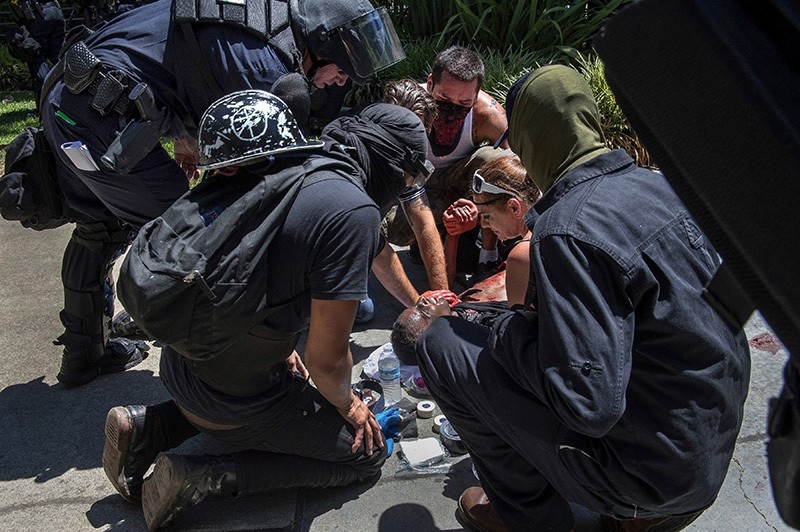 Seven people were hospitalized with at least two in critical condition after a stabbing spree broke out during a neo-Nazi rally Saturday at California's state capitol building, officials said.

The fire department posted on Twitter that some of the patients had "critical trauma stab wounds." It was unclear to which group the wounded belonged.

According to The Sacramento Bee newspaper, the stabbing spree broke out between some 25 neo-Nazis who had permission to protest on the capitol's west steps and more than 150 anarchists and "anti-fascist" counterprotesters.

Emergency responders received a call to the scene just before noon (1900 GMT).

Protesters had mostly cleared the capitol lawn, with only small groups remaining as of mid-afternoon, Harvey said.