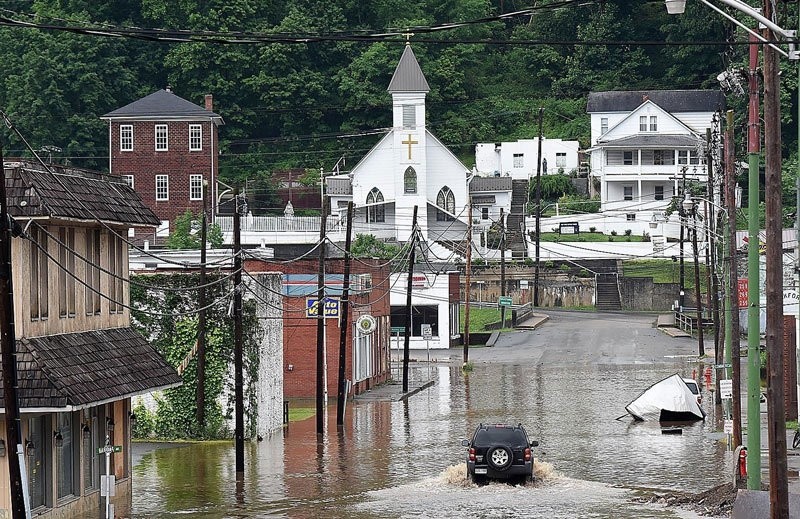 With the missing accounted for in all but one county, West Virginia has begun turning its attention to recovery after disastrous floods killed at least 24 people and rendered many more homeless. The deluge tore through roads and bridges and knocked out utilities that still haven't been restored in some communities.

Federal money will be part of the rebuilding equation.

Obama's signature Saturday on the federal disaster declaration lets residents in three counties get aid for temporary housing and home repairs, receive low-cost loans to cover uninsured property losses, and qualify for other assistance for individuals and business owners. Federal money to help the state and local governments is also available on a cost-sharing basis.

Gov. Earl Ray Tomblin's administration still believes there are people missing in Greenbrier County, and the death toll there rose by one Saturday, said Tomblin chief of staff Chris Stadelman.

The focus is moving away from the days-long, difficult search and rescue process, where residents were helped off roofs, out of attics, and shimmied down trees into rescue boats. Through that arduous process, bodies were sometimes found and the death toll continued to rise.

On Saturday, FEMA officials were in the state to begin assessing the damage to infrastructure, homes and other property.

Schultz said Obama is committed to ensuring that Tomblin has the federal resources he needs for all recovery efforts. The president has directed White House staff to coordinate closely with Tomblin's team to make sure the Federal Emergency Management Agency, known as FEMA, is providing all appropriate assistance.

After a pounding by storms and floods, basic necessities still aren't up and running in some areas.

More than 24,000 homes and businesses remained without power Saturday evening. Water is still not running in the Clendenin area, and residents are filling up jugs of water at stations provided by West Virginia American Water.

Fifteen of the 16 deaths in Greenbrier County struck the tiny town of Rainelle. Six other deaths were reported in Kanawha, in addition to one each in Jackson and Ohio counties.

"I weep for my people, I weep for the businesses," she said.

About six buses full of people whose homes were either without power or too damaged to inhabit were evacuated. Some were taken initially to a fire department facility, but then it flooded so they were moved to an abandoned store. When that started to flood, buses took the evacuees to a church 40 miles away.

Search and rescue teams went house to house, marking those checked with a spray-painted 'X.' Abandoned pets were taken to a shelter. A water department filtration system, built with a $2.6 million loan, was damaged, Pendleton said.

Help came from multiple sources, including two search and rescue teams from Virginia.

Located in its namesake county, The Greenbrier luxury resort and golf course is nestled in the mountains. The PGA Tour has canceled a tournament there from July 4-10 because the course is overrun by floodwaters.

"Cancelling The Greenbrier Classic is certainly the most prudent course of action as our foremost concern is the well-being of those who are having to live through this tragic situation," PGA Tour Commissioner Tim Finchem said in a news release Saturday. "Our thoughts and prayers are with them."

The resort will offer a limited amount of free rooms and meals to those affected by the floods for as long as the resort is closed for business, owner and CEO Jim Justice said in a statement Saturday evening.

"All of our focus needs to be on helping all of the people of our great state," Justice said in a news release.