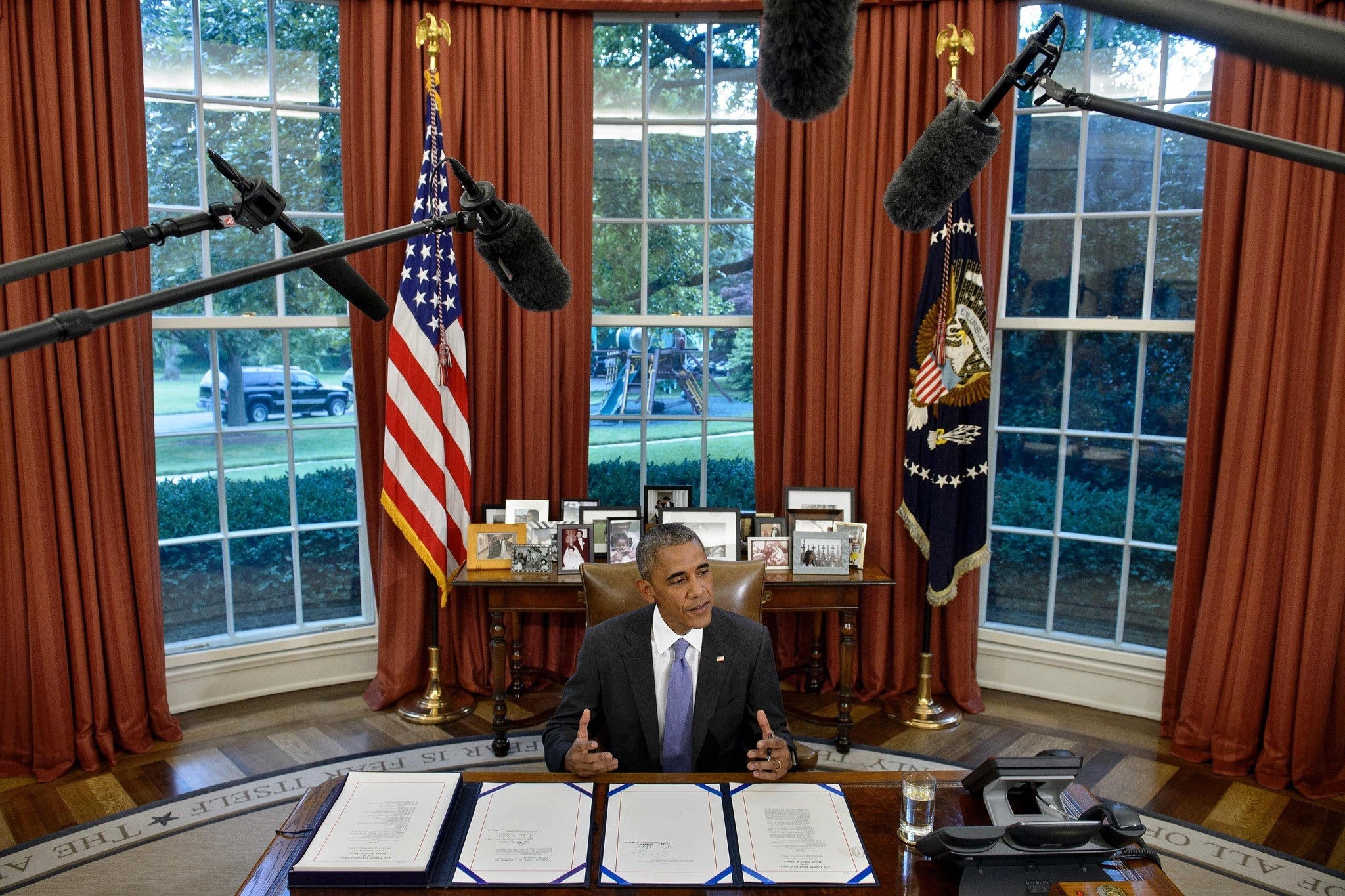 US President Barack Obama speaks before signing the Freedom of Information (FOIA) Improvement Act of 2016 and the Puerto Rico Oversight, Management, and Economic Stability Act. (AFP PHOTO)
by Associated Press Jul 01, 2016 12:00 am

US President Barack Obama signed a rescue package on Thursday for financially strapped Puerto Rico, which is facing more than $70 billion in debt and a major payment due Friday.

Obama signed the bill hours after it won final passage in the Senate on Wednesday night. Obama said there is still tough work to do to get Puerto Rico out of the hole that it's in.

"But it is an important first step on the path of creating more stability, better services and greater prosperity over the long term for the people of Puerto Rico," Obama said as he prepared to sign the bill in the Oval Office.

The bipartisan bill was crafted after months of negotiation between Democratic and Republican lawmakers and the Obama administration. The bill creates an oversight board that will supervise some debt restructuring and negotiate with creditors. It temporarily blocks creditor lawsuits.

Puerto Rico will also be allowed to temporarily lower the federal minimum wage for some younger workers.

Obama said the debt crisis has been a heavy burden for the territory, with basic services shutting down and government workers not being paid.

"We've got to keep on working to figure out how we promote the long-term growth and sustainability that's so desperately needed down there, but the people of Puerto Rico need to know that they are not forgotten, that they are part of the American family," Obama said. "Congress's responsiveness to this issue, even though this is not a perfect bill, at least moves us in the right direction."