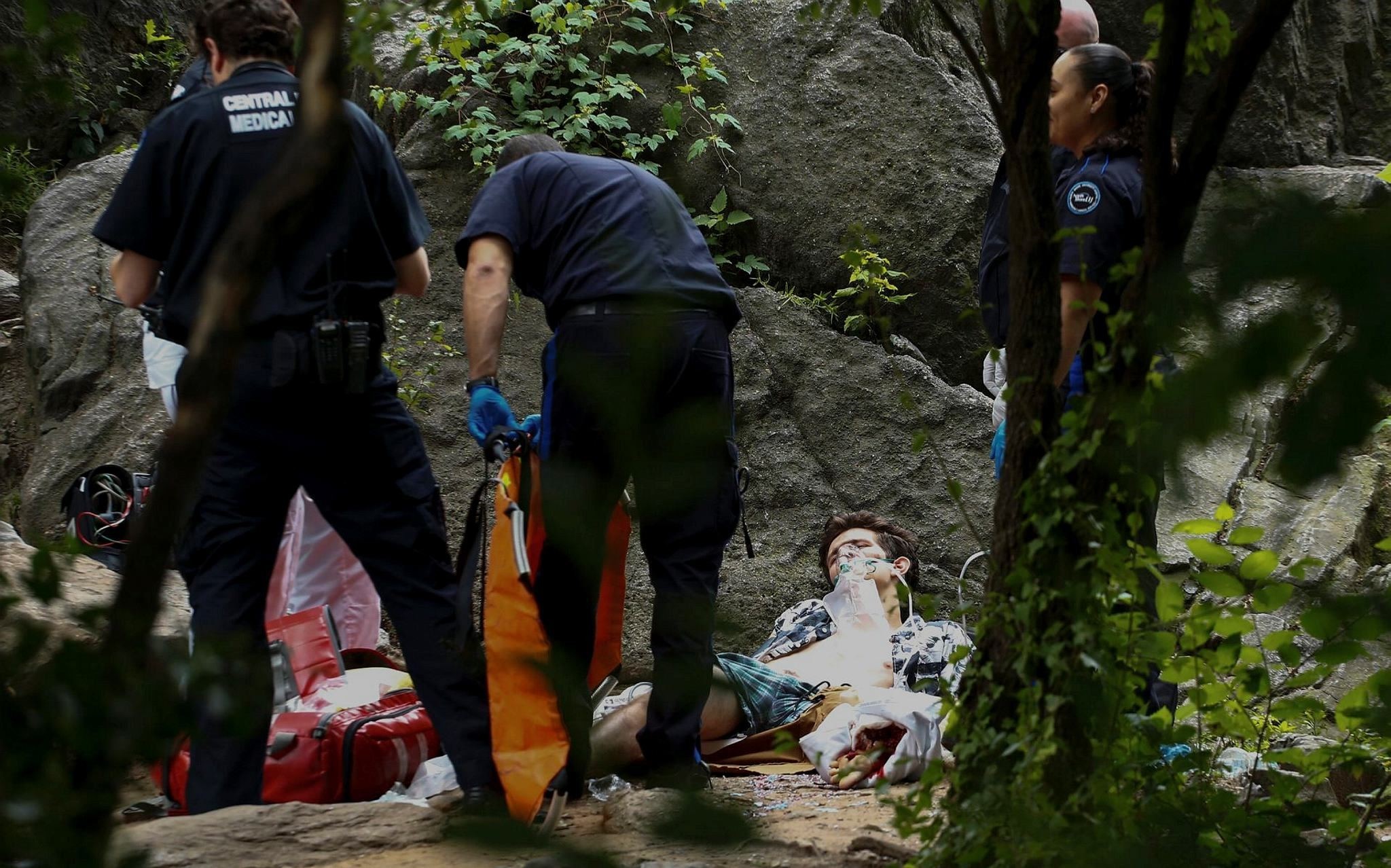 A critically injured man lies on the ground as he receives assistance after an explosion was detonated at Central Park in New York on July 3, 2016. (AFP Photo)
by reuters Jul 03, 2016 12:00 am

A 19-year-old tourist suffered a severe injury to his left foot in an explosion in Central Park on Sunday, said a spokesman for the New York Police Department, which was investigating the cause of the incident.

The teen was in the park with two friends when the blast occurred just before 11 a.m. near East 61st Street and East Drive, the NYPD spokesman said. The three were visiting from Fairfax, Virginia, New York's Daily News reported, citing unnamed sources.

"He stepped on a rock or some object and there was an explosion that followed," the NYPD spokesman said.

The teen was hospitalized in critical but stable condition.

Police said they were investigating whether the blast, occurring the day before the city's Fourth of July pyrotechnics show, involved a firework or some other kind of explosive.

The sprawling, 778-acre (315-hectare) park in the heart of Manhattan is a major draw for tourists visiting New York City.

The Daily News quoted witness John Murphy, 53, as saying he tried to keep the teen conscious after the explosion.

"I saw his friends standing there panicking. I saw the young man laying on the grass. His foot is all but gone," Murphy said, adding he asked them if they had been using fireworks.

"They said, 'We didn't have anything. He stepped on something!'" Murphy told the newspaper.