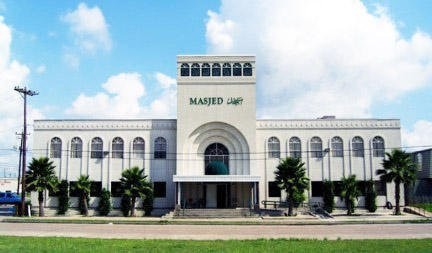 Police in the southern state of Texas have launched an investigation after a doctor was stabbed and shot near a mosque as he walked to morning prayers, local media said.

The doctor had parked his car and was walking to the Madrasah Islamiah mosque when he was ambushed and shot twice at about 5:30 a.m. EST (0930 GMT). His three attackers fled on foot, KTRK reported.
Police are not treating the incident in the Bellaire neighborhood as a hate crime, the website said.

"It is very scary right now given the current political climate," Imaduddin said. "From what I hear, this is the third incident this week in the Houston area involving a Muslim getting shot."

The victim is currently in intensive care but is expected to survive.

The shooting took place a day after a Muslim man was beaten outside a Florida mosque that had been attended by the gunman who killed 49 people at an Orlando nightclub.

The victim in that case was punched in the head and face outside the Fort Pierce Islamic Center just after 4 a.m. (0800 GMT) on Saturday, the St. Lucie County Sheriff's Office said.

Taylor Anthony Mazzanti, 25, was arrested in the attack and was charged with felony battery, the sheriff's office said.

No racially motivated comments were made to the suspect during the incident, said the sheriff's office, which added the case is under investigation.

The Florida branch of the Council on American-Islamic Relations (CAIR), however, said the attacker uttered racially offensive comments including "You Muslims need to get back to your country" before assaulting the victim.

The Islamic Center's imam had requested extra security in the wake of last month's mass shooting by Omar Mateen at the Orlando gay nightclub Pulse. Mateen had worshipped at the center.