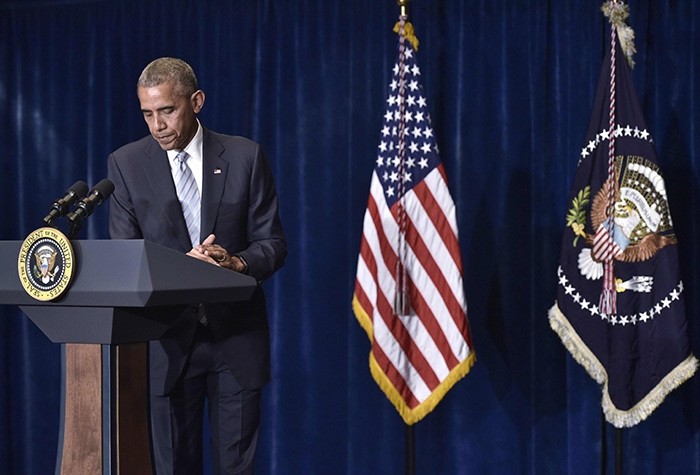 U.S. President Barack Obama said on Thursday that the criminal justice system is challenged by racial discrimination in a statement made after the shootings of two black men, Alton Sterling in Baton Rouge, Louisiana, and Philando Castile in St.Paul, Minnesota, by white police officers.

"All Americans should be deeply troubled by the fatal shootings of Alton Sterling in Baton Rouge, Louisiana and Philando Castile in Falcon Heights, Minnesota. We've seen such tragedies far too many times, and our hearts go out to the families and communities who've suffered such a painful loss," Obama said in a Facebook post and repeated the words in a speech in Warsaw, Poland, where he will attend the two-day NATO summit on July 8-9.

The president said that he has full confidence in the investigation launched into the recent killings, and added: "But regardless of the outcome of such investigations, what's clear is that these fatal shootings are not isolated incidents. They are symptomatic of the broader challenges within our criminal justice system, the racial disparities that appear across the system year after year, and the resulting lack of trust that exists between law enforcement and too many of the communities they serve."

Obama called on the American citizens to reflect on the anger within the U.S. society over the killings of the black citizens by the white policemen.

"In the meantime, all Americans should recognize the anger, frustration, and grief that so many Americans are feeling -- feelings that are being expressed in peaceful protests and vigils," Obama said.

"America woke up to yet another tragedy of a life cut down too soon. Black Lives Matter. #PhilandoCastile –H," Hillary Clinton tweeted on July 7.

Bernie Sanders also sent a tweet after the shootings: "The violence that killed Alton Sterling and Philando Castile has become an all too common occurrence for people of color and IT. MUST. STOP."

"Today African-Americans are almost four times as likely to experience the use of force during encounters with the police. #PhilandoCastille," Sanders said in another tweet.

On April 28, U.S. President Barack Obama condemned the rioting in Baltimore during a joint news conference with Japanese Prime Minister Shinzo Abe at the White House, saying there was no excuse for the violence in Baltimore, but accepted that a "slow-rolling crisis" in community policing exists, especially against African-Americans citizens. "We have seen too many instances of what appears to be police officers interacting with individuals – primarily African American, often poor – in ways that raise troubling questions," Obama said. Obama had made similar remarks regarding the protests in Ferguson. "In too many communities around the country, a gulf of mistrust exists between local residents and law enforcement. In too many communities, too many young men of color are left behind and seen only as objects of fear," Obama had said on August 18, 2014.