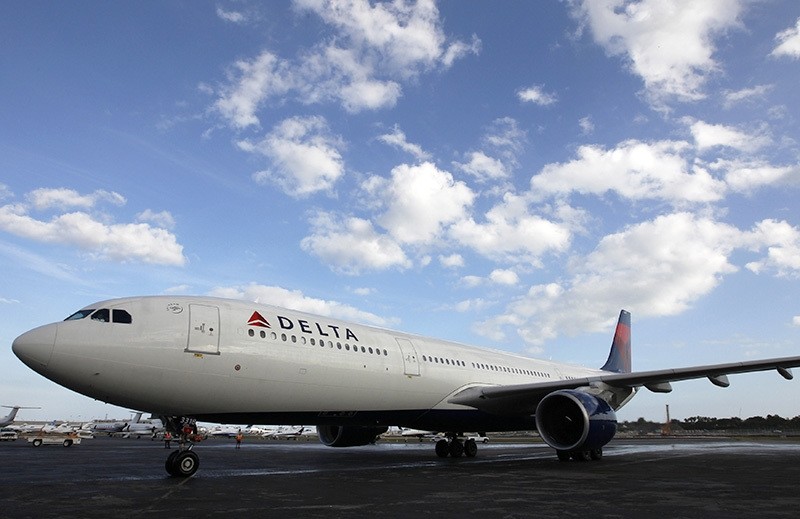 The pilots of a Delta Airlines jetliner landed at the South Dakota Air Force base, mistaking it for a civilian airport late Thursday.

The Delta A320 landed at the base at 8:42 p.m. Central Time Thursday, when its destination was an airport in Rapid City, spokesman of the National Transportation Safety Board Peter Knudson said Friday.

Ellsworth is about 10 miles due north of Rapid City Regional Airport. The two airports have runways that are oriented almost in the same direction, from northwest to southeast.

Delta Flight 2845 had departed from Minneapolis. A passenger interviewed by the Rapid City Journal said she and her fellow passengers waited about 2½ hours in the plane at Ellsworth, where they were ordered to pull down their window shades as military personnel walked through the cabin with at least one firearm and a dog.

This was not the first time airline pilots have mistaken the Air Force base for the Rapid City airport. In 2004, a Northwest Airlines flight carrying 117 passengers to Rapid City landed at Ellsworth. The plane remained on the ground for more than three hours as the pilots explained to Air Force security officers what went wrong, and a new crew was dispatched to continue the flight to Rapid City.

Delta has contacted the passengers "and offered a gesture of apology for the inconvenience," the airline said in a statement.

The crew has been taken off-duty while NTSB investigates, the statement said. "Delta will fully cooperate with that investigation and has already begun an internal review of its own," it added.

The Air Force said in a statement that the base officials "followed the proper procedures to address the situation" and ensured the safety of those at the base and passengers.

Citing security reasons, base officials declined to answer questions from The Associated Press regarding the specific procedures followed during the incident and whether air traffic controllers at the base were in contact with the pilot and authorized the landing.

Landings at wrong airports by commercial pilots, while unusual, are still more common than many passengers may realize or airlines would like to acknowledge.

An Associated Press search two years ago of government safety data and news reports since the early 1990s found at least 150 flights in which U.S. commercial passenger and cargo planes have either landed at the wrong airport or started to land and realized their mistake in time.

In most cases, the pilots were cleared by controllers to fly based on what they could see rather than relying on automation. Many incidents occurred at night, with pilots reporting they were attracted by the runway lights of the first airport they saw during descent. Some pilots said they disregarded navigation equipment that showed their planes slightly off course because the information didn't match what they were seeing out their windows — a runway straight ahead.

On Jan. 12, 2014, the pilots of a Southwest Airlines Boeing 737-700 stopped their plane just short of a ravine at the end of a short runway in Hollister, Missouri, when they had meant to land on a runway twice as long at nearby Branson.

A few months earlier, an Atlas Air Boeing 747 freighter landed at the tiny Jabara Airport in Wichita, Kansas, instead of McConnell Air Force Base about eight miles away. The runway is considered 3,000 feet less than ideal for the plane, one of the largest in the world. It took about 10 hours to turn the plane around and ready it for takeoff again. A nearby highway was shut down as a safety precaution.