Upon widespread shootings across the US, Trump says he is 'the law and order candidate' 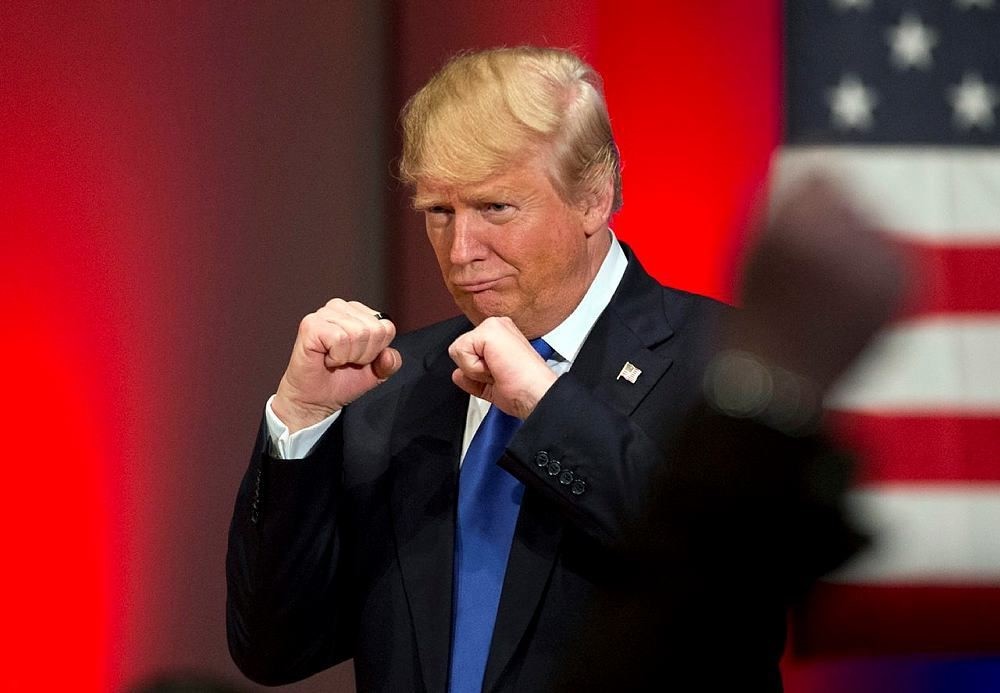 In this Jan. 28, 2016, file photo, Republican presidential candidate Donald Trump poses with a ring given to him by a group of veterans during a campaign event on the campus of Drake University in Des Moines, Iowa. (AP Photo)
by Jul 12, 2016 12:00 am
US Republican presidential candidate Donald Trump on Monday proclaimed himself the "law and order candidate" in the wake of shootings in the United States last week, including one that killed five police officers in Dallas, Texas.

"We must maintain law and order at the highest level or we will cease to have a country," Trump said in a speech on veterans issues in Virginia Beach, Virginia. "I am the law and order candidate."

The attack in Dallas was an attack on the country, he said. The five officers were shot dead by a sniper at the end of a protest march against police killings of African Americans.

The shooter, a black military veteran who was killed by an explosive device delivered by a remote-controlled robot, had told officers that he wanted to kill white police officers.

"Our whole nation is in mourning and will be for a very long time, yet we've also see increasing threats against our police and a substantial rise in number of officers killed in the line of duty," he said.

Trump said such hostilities must end and added that the job of the next president would be to "make America safe again," including in its inner cities where violence is worst and where policing is needed the most.

Trump, who is expected to be nominated at the Republican Party's national convention next week, also criticized Hillary Clinton, the presumptive Democratic nominee, as "weak, ineffective, pandering."

The recent scandal involving her use of a private email server while secretary of state showed that she is either a liar or grossly incompetent, he said.