Election results may jeopardize NATO membership of US 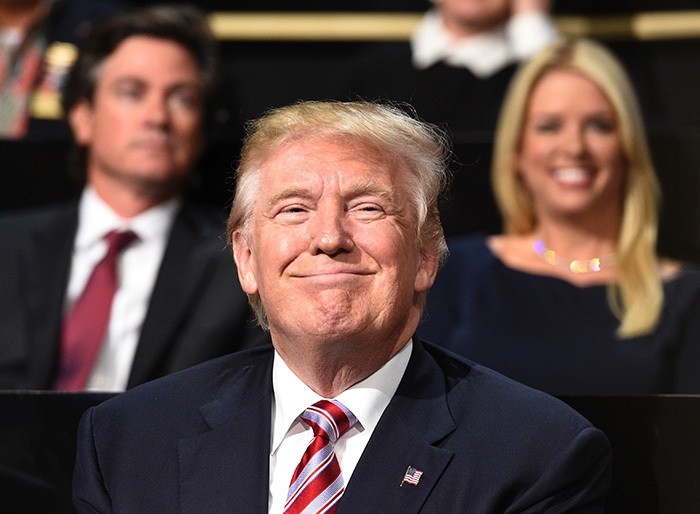 Republican presidential candidate Donald Trump smiles on day three of the Republican National Convention at the Quicken Loans Arena in Cleveland, Ohio on July 20, 2016. (AFP Photo)
by Jul 21, 2016 12:00 am

Donald Trump has raised new questions about his commitment to the defense of NATO allies on the eve of his acceptance of the Republican presidential nomination, The New York Times reported.

The Times said that Trump re-emphasized the hardline nationalist approach that he has taken during his campaign, describing how he would force allies to shoulder defense costs that the United States has borne for decades.

Asked about Russian activities that have alarmed the Baltics, NATO's newest members, Trump said that if Russia attacked them, he would decide whether to come to their aid only after reviewing whether those nations "have fulfilled their obligations to us."

A cornerstone of the 28-member trans-Atlantic alliance is its Article 5 commitment that an attack on one member state is an attack on all, a pledge invoked after the Sept. 11, 2001 attacks on the United States. The presidents of Baltic states Estonia and Lithuania were quick to fire back Thursday.

Estonian President Toomas Hendrik Ilves insisted on Twitter that his nation of 1.3 million people bordering Russia is meeting all its NATO spending commitments.

"Estonia is one of give NATO allies in Europe to meet its 2 percent defense expenditure commitment," he said, adding Estonians had "fought, with no caveats" in NATO operations in Afghanistan. "We are equally committed to all our NATO allies, regardless of who they may be. That's what makes them allies," Ilves said.

Sharp-tongued Lithuanian President Dalia Grybauskaite told reporters in Vilnius "it's not necessary to interpret the words of presidential candidate Mr. Trump. We know the U.S. will always be our most important partner," she said, adding that Lithuania would meet NATO spending obligations by 2018.

Trump, who said he would press the theme of "America First" at his address Thursday night to the Republican National Convention, said allies would adjust to his approach.

"I would prefer to be able to continue" existing agreements, he told the Times, but only if allies stop taking advantage of an era of American largesse that was no longer affordable.

The remarks also drew fire from presumptive Democratic nominee Hillary Clinton's campaign, which said they showed Trump "is temperamentally unfit and fundamentally unprepared to be our commander-in-chief."