Request for Gülen extradition to be handled in accordance with US law, says Obama 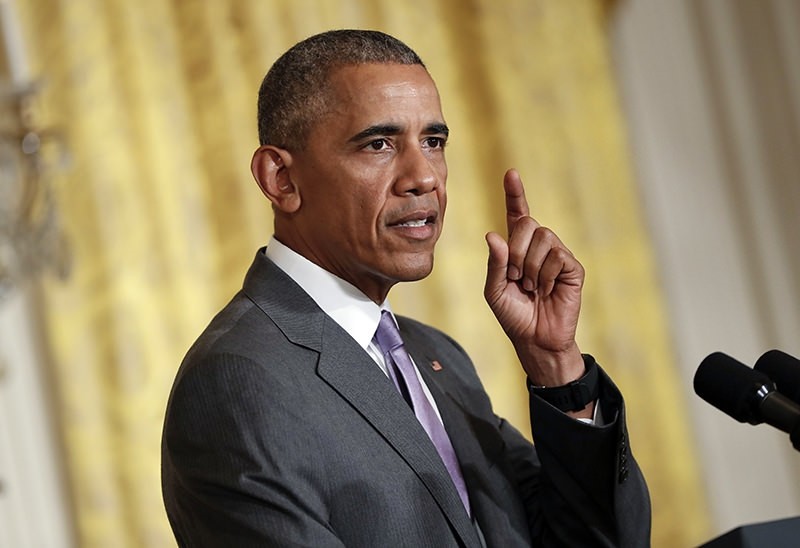 U.S. President Obama, speaking to a news conference Friday, said he told President Recep Tayyip Erdoğan that the United States supports his democratically elected government and that any reports that Washington had prior knowledge of the attempted overthrow were completely false.

Obama assured Turkey that the request for Fethullah Gülen's extradition would be handled in accordance with U.S. law.

Obama said that any reports that the U.S. had previous knowledge of the coup attempt or has been anything other than supportive of Turkey's government are "unequivocally false."

He said he told that to Erdoğan in a phone conversation this week.

On July 15, a small military junta linked to the Gülenist Terror Organization (FETÖ) attempted to topple the democratically elected government in Turkey and bring martial law. The attempt was prevented by military troops loyal to the government, along with police units and millions of Turkish citizens in favor of democracy. 246 people, consisting of mostly civilians, have been killed by pro-coup soldiers, while over 2,000 people were injured. Turkey's opposition parties have united against the coup attempt, condemning it in the harshest terms and underscoring their determination to preserve democracy and the rule of law in Turkey.

While the Gülenist Terror Organization (FETÖ) denies involvement in the recent coup attempt, Gülen, the controversial leader of FETÖ has sparked controversy yet again as he insulted people who were out protesting the coup attempt.