Kareem Abdul-Jabbar introduces himself as Michael Jordan' to mock Trump 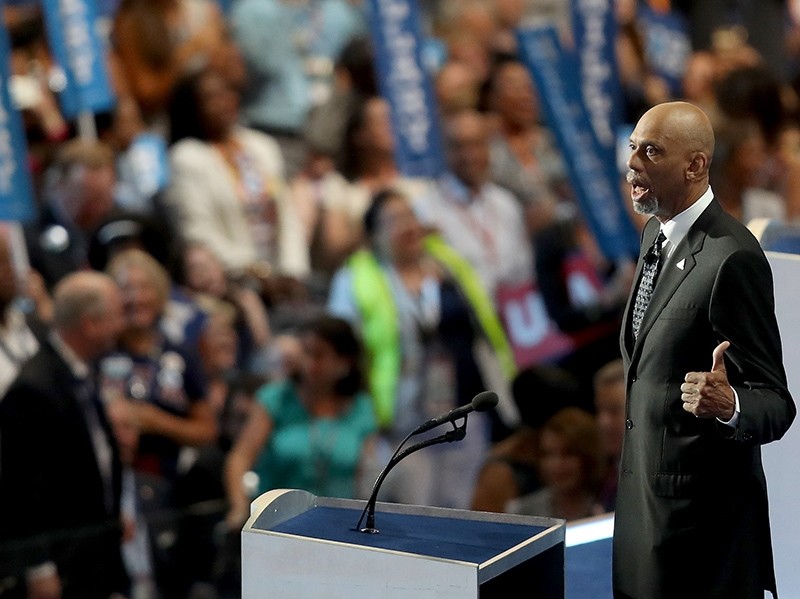 He then cracked a smile and told the arena he "said that because I know Donald Trump couldn't tell the difference."

Abdul-Jabbar, who was born Lew Alcindor and converted to Islam in his 20s, told the story of Humayun Khan, an army captain who was one of 14 Muslim-American soldiers to die in combat since Sept. 11, 2001.