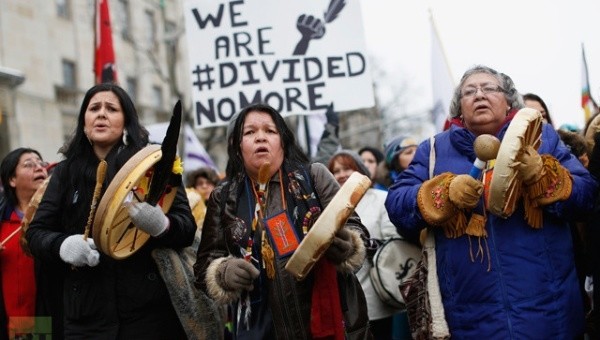 A long-awaited national inquiry into murdered and missing Aboriginal women will begin Sept. 1 at an estimated cost of CAN$53.8 million, the government announced Wednesday.

The Royal Canadian Mounted Police said around 1,200 Aboriginal women were murdered or missing, and presumed dead, between 1980 and 2012, but Canada's minister for the status of women said earlier this year that the number may be as high as 4,000. The latter is the number estimated by the Native Women's Association of Canada.

The previous government of Prime Minister Stephen Harper refused to initiate an inquiry, despite a United Nations report that urged the action because Canada "has not sufficiently implemented the measures to ensure that cases of missing and murdered aboriginal women are effectively investigated and prosecuted," the Canadian Press reported.

The investigation fulfills a campaign promise made in 2015 by Prime Minister Justin Trudeau to hold an inquiry if his Liberal government were elected.

The inquiry has been initiated to help bring a "national tragedy to an end," according to a news release on the government's website.

Marion Buller, the province of British Columbia's first female First Nations judge, will be the chief commissioner, one of five appointed to conduct the inquiry.

The five will hold sessions across Canada and will have the power to compel witnesses to testify and documents turned over to them, as well as listening to the stories of indigenous families who have suffered losses.

Buller said the job will be "difficult" but "the families' and the survivors' losses, pain, strength and courage will inspire our work."

Members of the missing and murdered women's families shared stories in the lead up to the press conference in Ottawa on Wednesday.

"They left no doubt in our minds about the urgent need to examine the underlying and deep, systemic challenges of this violence, including racism, sexism and the sustained impact of colonialism," Bennett said.