Florida to start aerial spraying of insecticides to tackle Zika 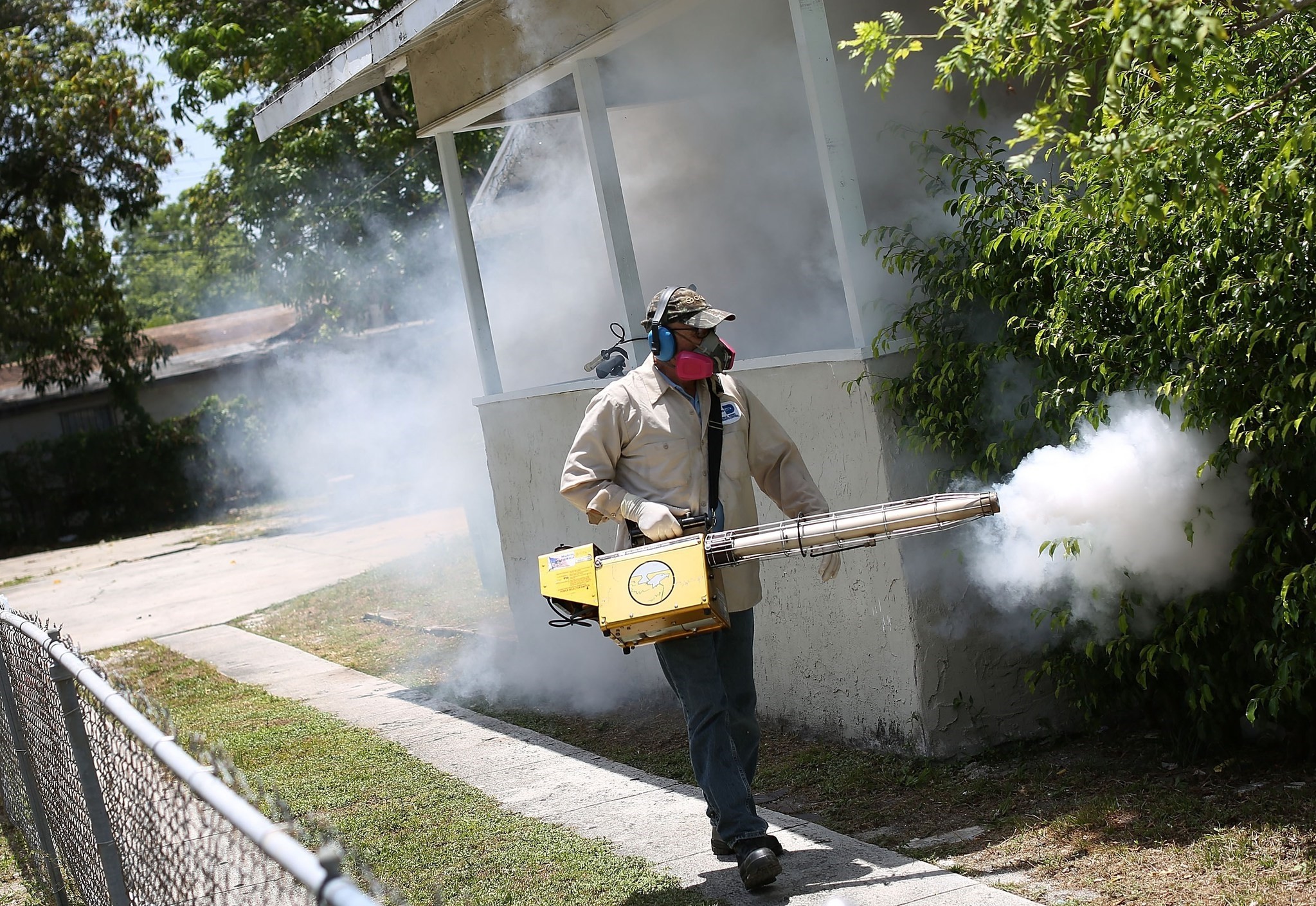 Florida will conduct an aerial insecticide spraying campaign at dawn on Wednesday in an effort to kill mosquitoes carrying the Zika virus, officials in Miami-Dade County said.

The campaign will cover a 10-mile area that includes the one-mile-square area just north of downtown Miami that health officials have identified as the hub of Zika transmission in the state, the officials said on Tuesday.

On Monday, the U.S. Centers for Disease Control and Prevention issued an unprecedented travel warning, urging pregnant women to avoid travel to the Miami neighborhood at the center of the investigation.

The Zika outbreak was first detected last year in Brazil, where it has been linked to more than 1,700 cases of microcephaly, a birth defect marked by small head size that can lead to severe developmental problems in babies. The virus has spread rapidly through the Americas and Caribbean and its arrival in the continental United States has been widely anticipated.

Florida health officials announced another non-travel related case of Zika on Tuesday, bringing the total to 15.

The aerial spraying campaign was recommended by the CDC in conjunction with the Florida Health Department to reduce adult mosquito populations that might be capable of carrying the Zika virus.

In a conference call on Tuesday, CDC Director Dr. Thomas Frieden expressed concern that vector control efforts so far have not been as effective as hoped. A CDC expert is currently conducting tests in Miami to see if mosquitoes in the area have developed insecticide resistance.

Florida had been using two products in the pyrethroid class of insecticides. In its aerial campaign, the state will use a chemical called Naled that has been approved by the U.S. Environmental Protection Agency, according to Joseph Conlon, a spokesman for the American Mosquito Control Association.

Naled is from a different class of insecticides known as organophosphates. According to the CDC, the chemical has been widely used to control mosquito populations in the United States, including in Miami, Tampa and New Orleans.

The CDC recommended the same chemical for aerial spraying in Puerto Rico, but the recommendation has been met with protests from residents concerned about its impact on health, bees, agriculture and the environment.

Miami-Dade health officials said residents do not need to take special precautions during the aerial spraying activities, but it has recommended that people with known allergies remain indoors.