Trump refuses to back away from claim Obama founded Daesh 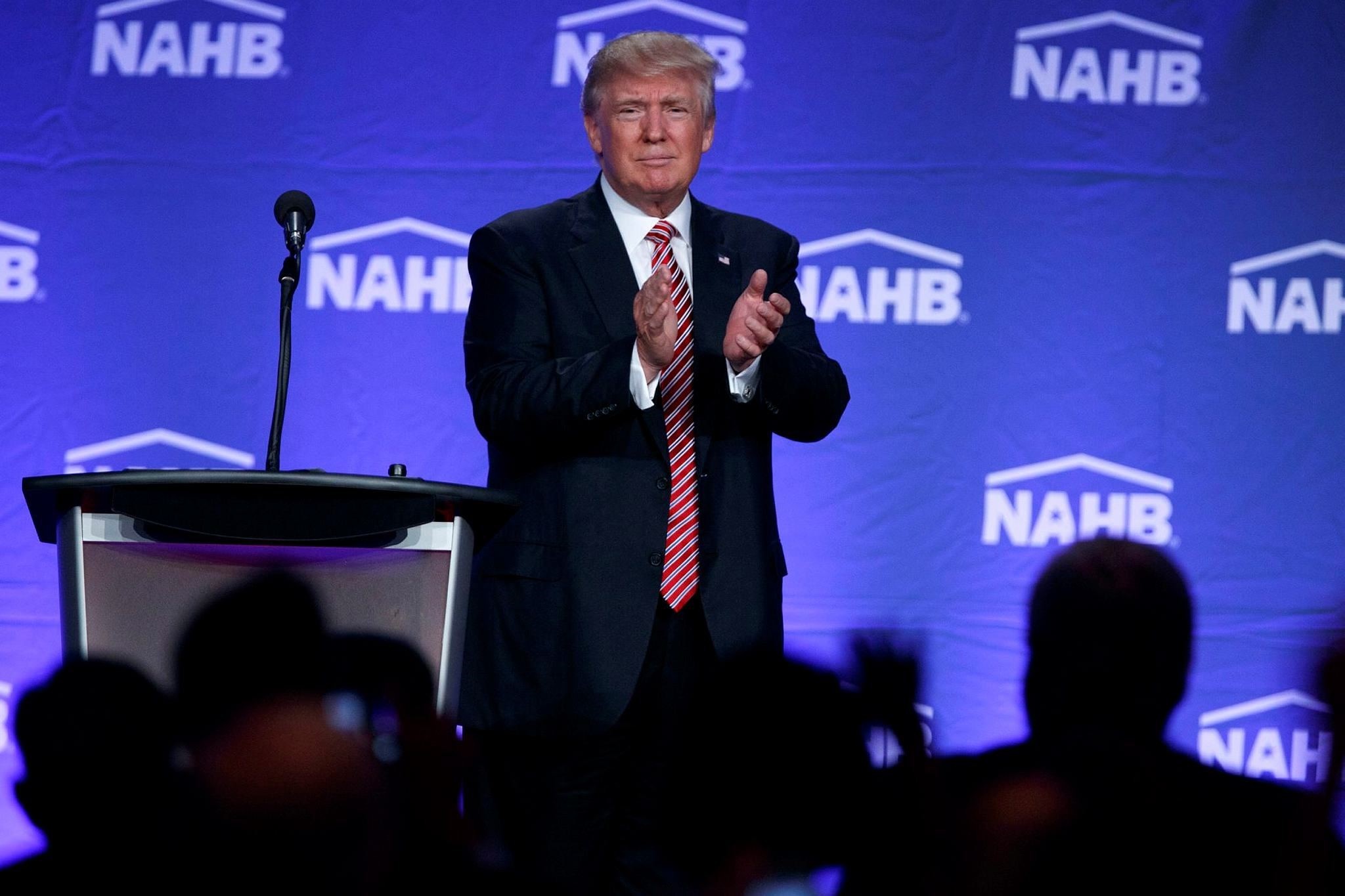 Donald Trump repeatedly accused President Barack Obama of founding Daesh on Thursday, refusing to take back a patently false allegation even when questioned about the logic of his position.

A day after lobbing the attack against the president during a rowdy rally, Trump pressed ahead during a round of interviews. The Republican presidential nominee brushed off conservative radio commentator Hugh Hewitt's attempt to reframe Trump's observation as one that said Obama's foreign policy created the conditions in Iraq and Syria that allowed IS to thrive.

"No, I meant he's the founder of ISIS. I do," Trump said, using another acronym for the extremist group that has wreaked havoc from the Middle East to European cities.

Hewitt asked Trump if he would acknowledge that Obama hates Daesh, noting that the president is "trying to kill them." Over the past two years Obama has organized a broad coalition of countries and launched more than 10,000 U.S. airstrikes to defeat Daesh.

"I don't care," the billionaire businessman replied. "He was the founder. The way he got out of Iraq — that was the founding of ISIS, OK?"

In a later speech to homebuilders in Miami on Thursday, Trump said his Democratic opponent, Hillary Clinton, would be given "the most valuable player award" by Daesh. "Her only competition is Barack Obama," he said. He later added of Clinton, "Oh boy, is ISIS hoping for her."

Clinton's campaign accused Trump of "trash-talking" the U.S. while failing to present any serious counter-terrorism plans of his own. Jake Sullivan, Clinton's top policy aide, called Trump's accusation a "false claim" and drew a connection to Russian President Vladimir Putin.

"Once again, he's echoing the talking points of Putin and our adversaries to attack American leaders and American interests," Sullivan said.

In the interview with Hewitt, Trump did acknowledge the root of his argument was that if Obama "had done things properly, you wouldn't have had ISIS." But he then added, "Therefore, he was the founder if ISIS."

Trump had previously said Clinton founded the militant group, but shifted the blame to Obama on Wednesday during a rally in Florida.

"In many respects, you know, they honor President Obama," Trump said Wednesday during a raucous campaign rally outside Fort Lauderdale, Florida. "He is the founder of ISIS," he said, repeating the allegation three more times for emphasis.

Trump also pointedly referred to the president by his full legal name: Barack Hussein Obama. The accusation — and his use of the president's middle name, Hussein — echoed previous instances where he's questioned Obama's religious faith and loyalties to the country.

In June, when a shooter who claimed allegiance to IS killed 49 people in an Orlando, Florida, nightclub, Trump seemed to suggest Obama was sympathetic to the group when he said Obama "doesn't get it, or he gets it better than anybody understands."

In the past, Trump has also falsely suggested Obama is a Muslim or was born in Kenya, where Obama's father was from. The president, a Christian, was born in Hawaii.

As he works to keep his campaign message on track, Trump in recent days has sometimes tried to clarify controversial statements by arguing he was being misinterpreted. But given the opportunity Thursday morning by Hewitt and others to take back the claim that Obama founded the terror group, Trump did the opposite.

"He was the founder, absolutely the founder," Trump said on CNBC. "In fact he gets the — in sports, they have awards. He gets the most valuable player award."

Trump has long blamed Obama and his former secretary of state — Clinton — for their Mideast policy. Republicans believe that the U.S. decision to leave Iraq in 2011 created a power vacuum that allowed al-Qaida in Iraq, a subsidiary of the larger terror group al-Qaida, to morph into the 30,000-strong Daesh group that in 2014 seized a third of Syria and Iraq.

The U.S. has led a coalition of a dozen Western and Arab countries in a sustained airstrike campaign — backed by Iraqi ground forces — that have cut the group in half and cost it 45 percent of its territory. Yet, the group still inspires or backs terror attacks around the world.

The White House declined to comment on Trump's accusation.

The Islamic State group began as Iraq's local affiliate of al-Qaida, the group that attacked the U.S. on Sept. 11, 2001. But the group carried out massive attacks against Iraq's Shiite Muslim majority, fueling tensions with al-Qaida's central leadership, which blames its grievances on the West. The local group's then-leader, Jordanian-born Abu Musab al-Zarqawi, was killed in 2006 in a U.S. airstrike but is still seen as the Islamic State group's founder.