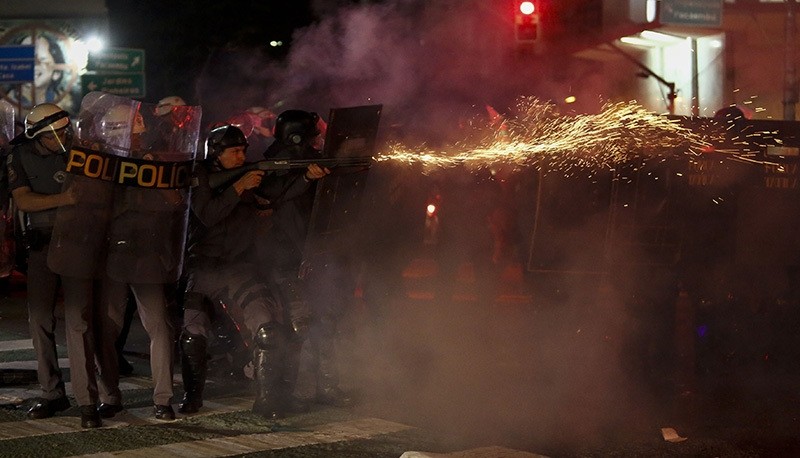 Police in Brazil's biggest city clashed with protesters who marched to reject the new president Sunday, five days after Dilma Rousseff was ousted as leader of South America's biggest nation.

Sao Paulo authorities said they were forced to use tear gas, stun grenades and water cannons to stop protestor after a demonstration against President Michel Temer.

In a statement, the public safety department said a group became violent at a subway station, destroying turnstiles and throwing rocks at anti-riot police after the demonstration ended.

Earlier in the day, people gathered on the Copacabana promenade in Rio de Janeiro to demand Temer's removal and call for new elections.

Rousseff has vowed to form a strong opposition against Temer, who was her vice president. She is appealing her impeachment to Brazil's Supreme Court, but legal experts say it is unlikely to succeed as several appeals during the months-long impeachment process were rejected.

In comments with foreign media Friday, Rousseff said she would raise her voice if Temer's administration tried to suppress protests. In the days leading up to her ouster and afterward, a handful of small anti-Temer demonstrations were broken up by police.

At a news conference during the G20 meeting in China before the Sao Paulo protest, Temer said demonstrators who damaged property would be punished. "Causing destruction is a crime. That's not a demonstration," he said.

New elections could come if Temer resigned before year end, was impeached himself or was disqualified by electoral authorities for alleged campaign violations in 2014.