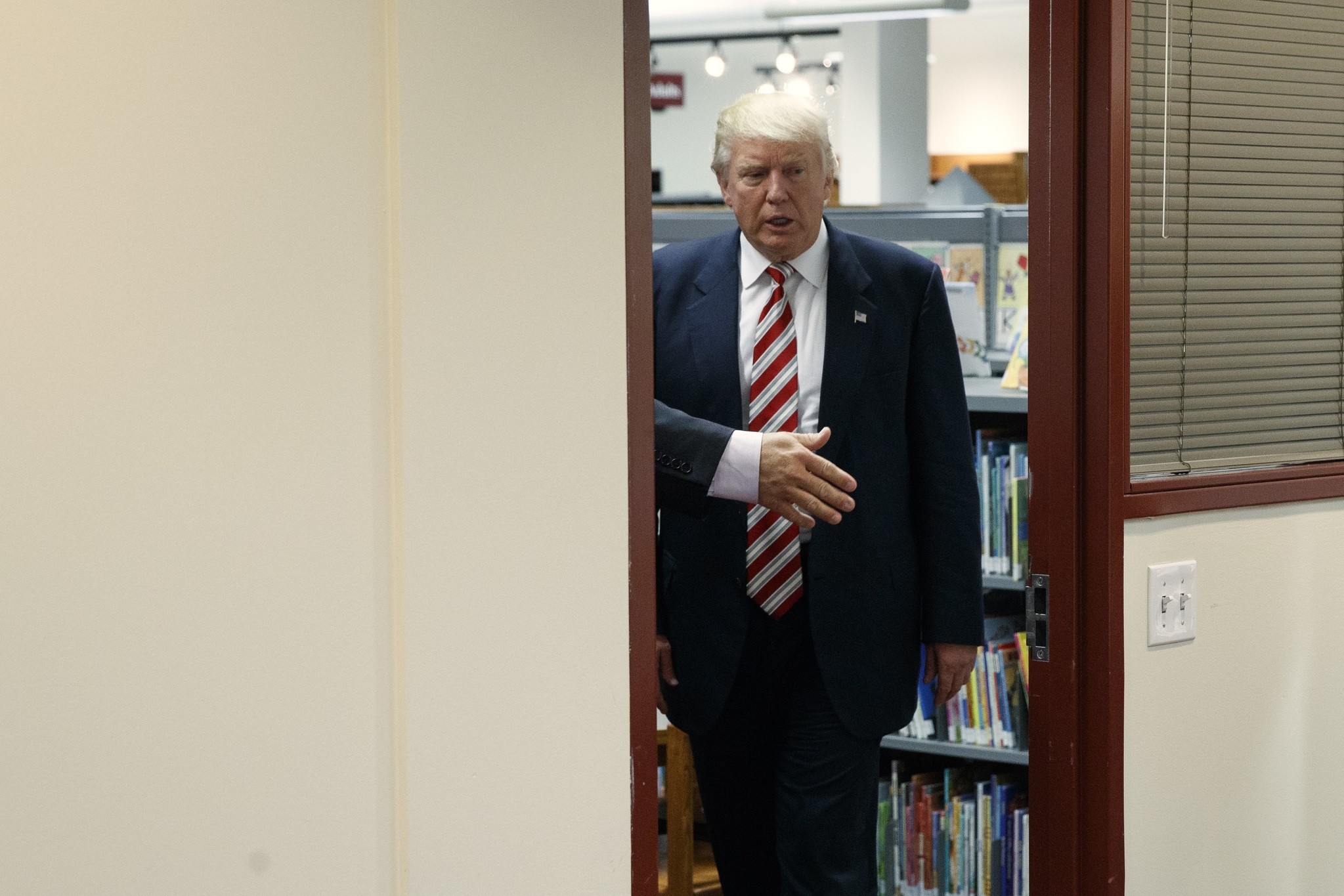 "My interest in this issue really is in my capacity as regulator of non-profits in New York state," Attorney General Eric Schneiderman told CNN.

"We have been concerned that the Trump Foundation has engaged in impropriety from that point of view," added Schneiderman, who has been at loggerheads with the bombastic billionaire for years over the Trump University real estate program, which he has called "straight up fraud."

The Trump Foundation has faced a series of damaging stories, including by The Washington Post, which reported over the weekend that the White House candidate himself had not donated to his own charity since 2008.

The Post also found other irregularities, including that Trump spent $20,000 of money that had been set aside for charitable purposes to purchase a six-foot (1.8-meter) painting of himself.

And in another move, the foundation made an illegal $25,000 donation to a campaign group affiliated with Florida Attorney General Pam Bondi in 2013 as she was considering joining Schneiderman's fraud case against Trump University.

"We've inquired into it and we've had correspondence with them. I didn't make a big deal out of it or hold a press conference," Schneiderman said.

"But we have been looking into the Trump Foundation to make sure it's complying with the laws governing charities in New York."

Democrats on the House Judiciary Committee issued an open letter asking US Attorney General Loretta Lynch to investigate the donation to Bondi.

"After receiving these funds, Mrs Bondi declined to further investigate Mr Trump's business interests. This fact pattern indicates that these payments may have influenced Mrs Bondi's official decision not to participate in litigation against Mr Trump," the letter read.

"A number of criminal statutes would appear to be implicated by this course of conduct."

Trump, in turn, has lashed out at Schneiderman personally for a lawsuit the state attorney general filed in 2013 against the real estate mogul over the now-defunct Trump University, calling him "Clockwork Eric."