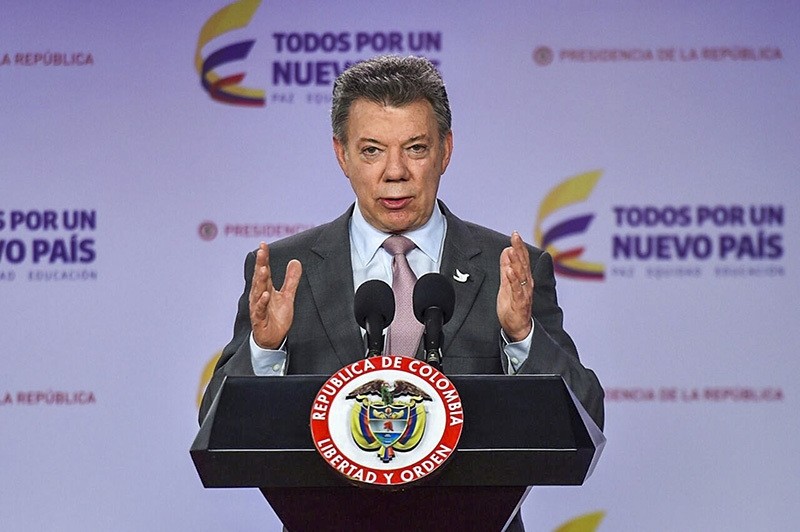 Colombian President Juan Manuel Santos said Tuesday that the ceasefire with the FARC guerilla group will be extended until October 31st.

"I hope that by then we can finalize the agreement and end the conflict," Santos said.

In August, the Colombian government agreed to a ceasefire with FARC, which was to last until a referendum approving the peace agreement was held.

However, Colombians on Sunday surprisingly voted against the proposed agreement in a referendum, making the future of the ceasefire uncertain.

Santos will Wednesday meet with leaders of the campaign against the peace accord, in an attempt to salvage the deal through national dialogue, the government said.

Opponents want to renegotiate the terms of the accord, saying it concedes too much to FARC, including guaranteed seats in Congress and reduced sentences for guerrillas who confess to war crimes.

But Foreign Minister Maria Angela Holguin said Tuesday the decision whether to renegotiate lies with FARC, not the government.

"The decision is not the government's [to make]," she said, reminding reporters in Bogota that FARC had said before Sunday's referendum that the deal, which took nearly four years to reach, was final.

Negotiators for the Colombian government were meeting Tuesday with FARC members in Havana to discuss next steps but there was as yet no word on any agreement.

Colombians voted against the peace accord, 50.2 per cent to 49.8 per cent, in a result that took the government and FARC by surprise. Only 37 per cent of eligible voters took part.

The result put an abrupt halt to the planned implementation of the accord, which was to begin with a six-month UN-managed process to disarm about 6,000 FARC fighters.

The vote, called by Santos to give a popular stamp of approval to the historic peace deal, has embarrassed the president and shaken up his government.

His education minister stepped down Tuesday, and Colombian news media reported Holguin and five other cabinet ministers had offered their resignations.

Still, the obstacles to implementing the peace accord could in fact be more political than legal, as the referendum was not required by law, experts said.

In theory, analysts say it could still be implemented despite the 'no' vote, either by Congress or by a constitutional convention.

The conflict between FARC and the government began in the 1960s over inequality and rural land rights.

Since then, the violence has killed more than 220,000 people and displaced millions.