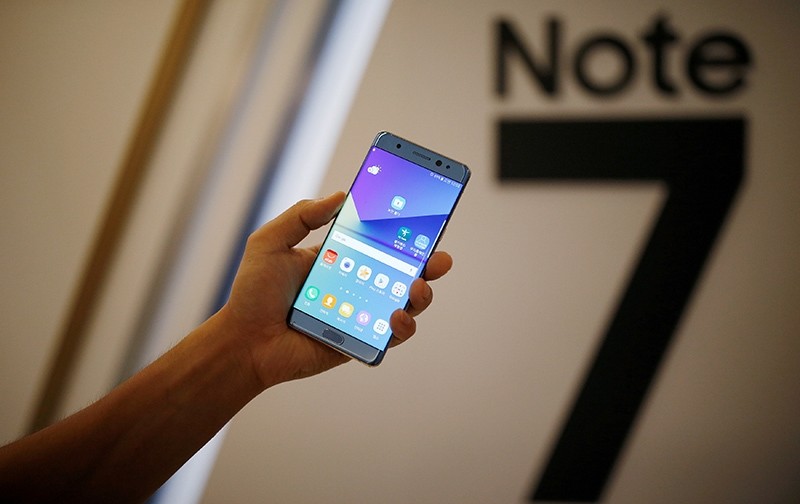 A Southwest Airlines flight in Louisville, Kentucky, was evacuated Wednesday after a Samsung Galaxy Note 7 caught fire onboard.

The 75 passengers on the Baltimore-bound flight were all fine, a statement from the airlines said, but the incident is more bad news for the world's largest mobile phone manufacturer.

Brian Green, owner of the Note 7, told The Verge that the telephone was a replacement unit after the new model's celebrated launch in August was plagued with reports of injury and property damage.

Samsung announced a 2.5 million recall of the Note 7 in September after they were found to be prone to catching fire due to a battery malfunction.

Green provided the tech news website with photographs of the charred phone and its box, complete with a black square label on the packaging that proves it was a replacement.

Samsung said in a statement that it could not confirm the incident involved the new Note 7.

"We are working with the authorities and Southwest now to recover the device and confirm the cause," it said.

Replacement phones that were made available Sept. 21 were cleared by the U.S. Consumer Product Safety Commission.

The phone remains with Louisville Fire Department for investigation, while Green said he has already switched to iPhone 7.