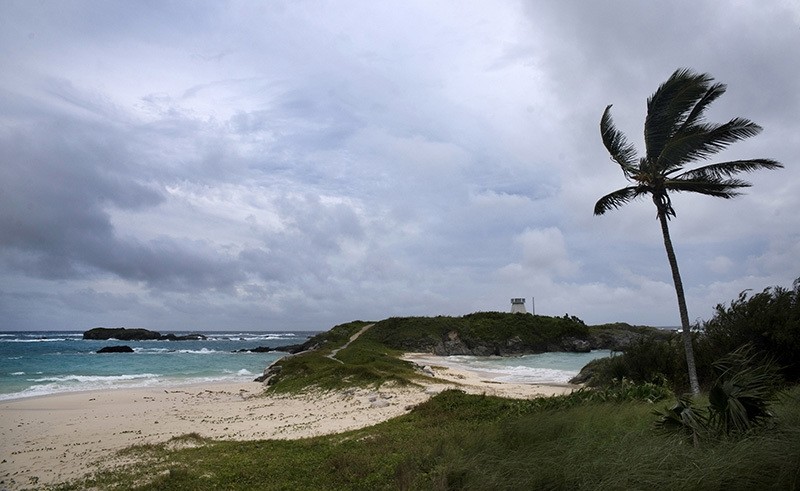 Bermuda braced for Hurricane Nicole, now a powerful Category Four storm, late Wednesday as it churned toward the islands, with forecasters warning of a possible direct hit.

"On the forecast track, the core of Nicole will pass over or near Bermuda on Thursday," the US National Hurricane Center said in a 0300 GMT update.

The storm's top sustained winds have increased to near 130 miles (215 kilometers) per hour, with higher gusts, the Miami-based NHC said.

Nicole was about 180 miles (290 kilometers) south-southwest of the tiny British islands in the Atlantic, moving north-northeast at 12 miles per hour.

Hurricane-force winds extend 65 miles from the center, the HNC said.

A hurricane warning is in effect for Bermuda.

The authorities closed schools and government offices, and buildings were boarded up as rains hit the islands on Wednesday. Airlines have canceled flights to the islands.

"I believe we are generally ready for it," local media reported Premier Michael Dunkley as saying. "Now we just have to hope and pray for the best."

A dangerous storm surge will raise water levels by as much as 6 to 8 feet (2-2.5 meters) above normal tide levels, accompanied by "large and destructive" waves, the NHC said.

Nicole is expected to produce total rain accumulation of 4 to 8 inches (10 to 20 centimeters) over Bermuda, it added. The storm may also bring tornadoes Wednesday night and early Thursday.

Last week, Hurricane Matthew caused devastation in Haiti and other Caribbean countries before sweeping up the US southeast coast.