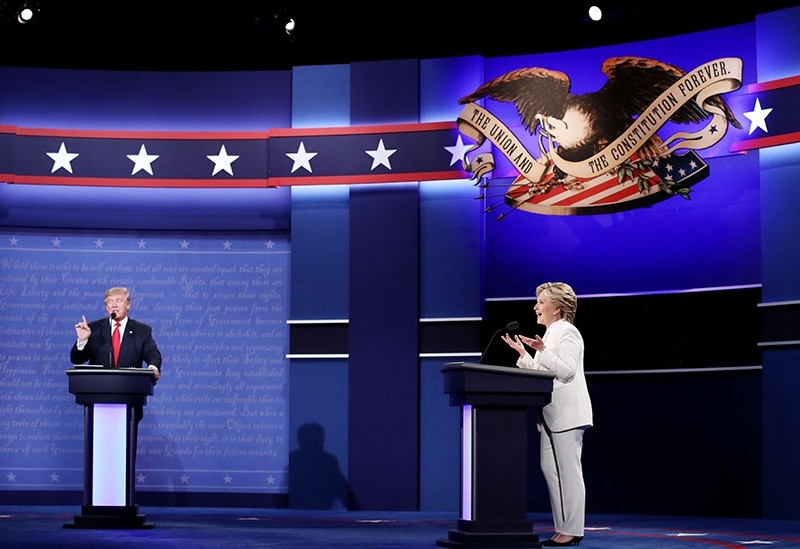 Republican candidate Donald Trump suggested he might reject the outcome of the Nov. 8 U.S. presidential election if he loses, a possibility his Democratic rival Hillary Clinton called "horrifying."

In their third and final presidential debate on Thursday, Trump said he would wait to decide whether the outcome was legitimate.

"I will tell you at the time, I will keep you in suspense," Trump said. Clinton said she was "appalled" by Trump's stance.

"Let's be clear about what he is saying and what that means: He is denigrating, he is talking down our democracy and I for one am appalled that someone who is the nominee for one of our two major parties would take that position," she said.

She said Trump, a former reality TV star, had in the past also complained that his show was unjustly denied a U.S. television Emmy award. "I should have gotten it," Trump retorted.

In a fiery debate that centered more on policy than the earlier showdowns, Trump accused Clinton's campaign of orchestrating a series of accusations by women who said the businessman made unwanted sexual advances.

Trump said all of the stories were "totally false" and suggested Clinton was behind the charges. He called her campaign "sleazy" and said, "Nobody has more respect for women than I do, nobody."

Clinton said the women came forward after Trump said in the last debate he had never made unwanted advances on women. In a 2005 video, Trump was recorded bragging about groping women against their will.

"Donald thinks belittling women makes him bigger. He goes after their dignity, their self-worth and I don't think there is a woman anywhere who doesn't know what that feels like," said Clinton, the first woman to win the nomination of a major U.S. political party.

She cited other minorities she said Trump had maligned.

"This is a pattern. A pattern of divisiveness, of a very dark and in many ways dangerous vision of our country where he incites violence, where he applauds people who are pushing and pulling and punching at his rallies. That is not who America is," she said.

Trump entered the debate hoping to reverse his fading momentum in an election that opinion polls show is tilting away from him. The New York businessman has raised concerns by claiming the election will be rigged against him, and has urged supporters to patrol polling places in inner cities to prevent voter fraud.

The two presidential rivals had a tough but issues-based exchanges on abortion, gun rights and immigration during the 90-minute showdown, but occasionally reacted angrily.

Clinton said she would raise taxes on the wealthy to help fund the U.S. government's Social Security retirement program, but suggested Trump might try to find a way out of paying the higher taxes.

"Such a nasty woman," Trump said.

Democrat Hillary Clinton closed the final presidential debate by vowing to reach out to "all Americans" across political parties.

"I would like to say to everyone watching that I'm reaching out to all Americans, Democrats, Republicans and independents because we need everyone to help make our country what it should be," she says.

Trump closed his remarks by pointing to US failures with the military, police and crime.