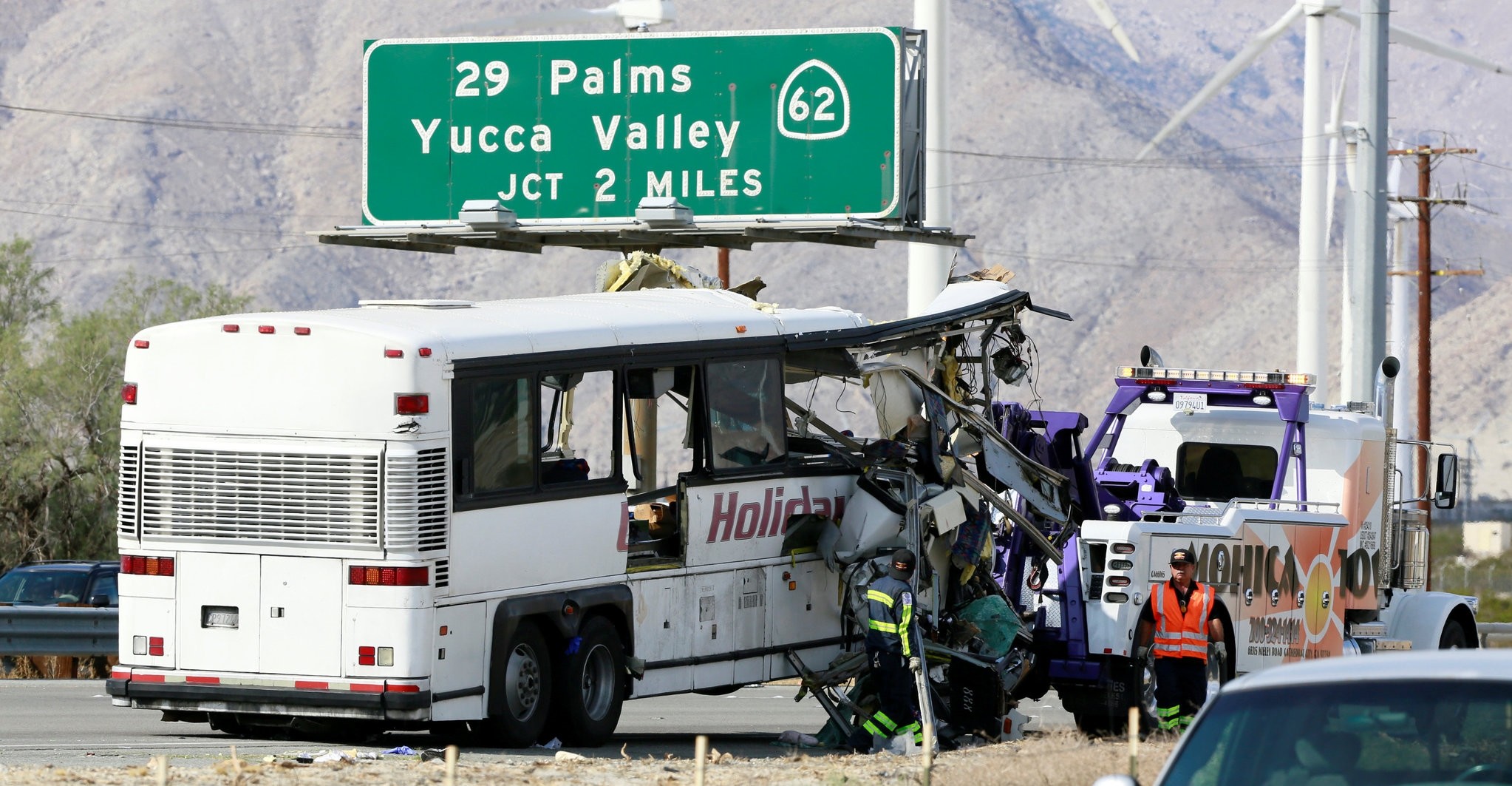 A mangled bus from the Holiday Bus Lines is seen after being towed from the scene of a mass casualty crash near Palm Springs, California October 23, 2016. (REUTERS Photo)
by Oct 23, 2016 12:00 am

Thirteen people were killed and 31 injured on Sunday when their tour bus collided with a truck on a major highway in southern California, media reports said.

The front of the bus was a mangled mass of metal after apparently plowing into the back of the large truck, according to news photographs.

NBC and Fox News cited local authorities as saying that 13 people had died. California Highway Patrol officer Stephanie Hamilton was quoted as saying that 31 people were taken to hospitals with injuries.