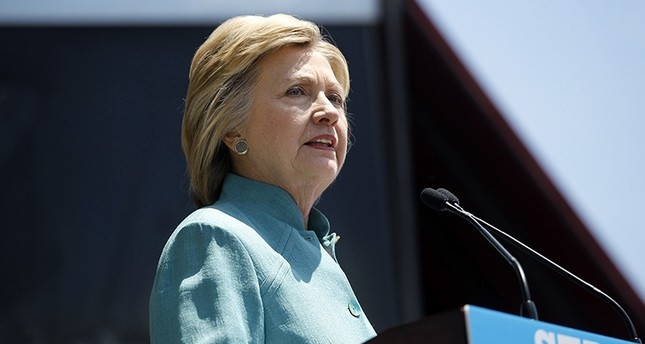 Senior staff members on Hillary Clinton's nascent campaign were conscious about diversity in the top ranks two months before the Democratic presidential candidate formally announced her bid, according to hacked emails from the personal account of a top campaign official.

In February 2015, Clinton lawyer and chief of staff Cheryl Mills sent a list of potential hires to campaign chairman John Podesta. Among the suggestions was "Political Director-Hispanic Woman." They eventually hired Amanda Renteria, who is Latina.

The email was among more than 3,000 released by the anti-secrecy group WikiLeaks on Monday and is just one of the tens of thousands posted over the last two weeks. The notes were stolen from the email account of Podesta as part of a series of high-profile computer hacks of Democratic targets that U.S. intelligence officials say were orchestrated by Russia, with the intent to influence the Nov. 8 election. Russia has denied the allegations.

The campaign officials' focus on diversity came in the same month that Clinton's advisers circulated data collected from her family's foundation that found only three of the foundation's 11 highest paid employees were women — and a Democratic consultant expressed concern about the political fallout from the gender discrepancy.

Emails released last week about the Clinton Foundation highlighted a large disparity in the median salaries of the top-paid men and woman working for the organization.

"There are huge discrepancies, and it wouldn't surprise me if they (the media) went here next," Ian Mandel, a Democratic consultant, wrote.

At the time of the email exchange on salaries, the foundation was already under fire by Republicans for accepting large donations from foreign governments, including while Clinton was secretary of State. Republicans said the foreign donations created an unacceptable conflict of interest if Clinton were elected president.

Clinton also has said half of her presidential Cabinet will be women if she wins.

Podesta and other Clinton backers warn the emails may have been altered by the hackers, but they haven't pointed to any such cases.

In a statement Monday, the Clinton campaign blamed her opponent, Republican Donald Trump, for not condemning the hack and declining to blame it on Russia.

"It is bizarre and disqualifying that he continues to cheer on this attack on our democracy," said campaign spokesman Glen Caplin.

Other topics covered in Monday's batch of emails:

THE "TRICKY" RELATIONSHIP WITH VICE PRESIDENT

In a September 1, 2008, memo Podesta wrote to President-elect Barack Obama while heading Obama's transition team. The memo was included as an attachment to a later email to Obama staffers.

In the memo, Podesta gives advice on choosing a White House chief of staff — a job that would eventually go to Rahm Emanuel — and how that person would need to work with the vice president, which Podesta called "an incredibly tricky aspect of the job."

"While I know Senator (Joe) Biden well, and he is no Dick Cheney, he is still opinionated and there is still plenty of room for conflict between keeping him in the loop and not letting him put his elbow on the scale," Podesta wrote.

On March 3, 2015, as news was first breaking that Clinton maintained a personal email account as secretary of state, Podesta emailed Mook.

"Did you have any idea of the depth of this story?" Podesta asked.

Six months later, after the Obama administration said it had discovered a chain of emails that Clinton failed to turn over when she provided her work-related correspondence as secretary of state, Podesta appeared worried about Clinton.

"How bad is her head?" Podesta wrote communications director Jennifer Palmieri on September 26, 2015.

"Don't know," Palmieri replied, noting she had tried to get in touch with Clinton but hadn't heard back.