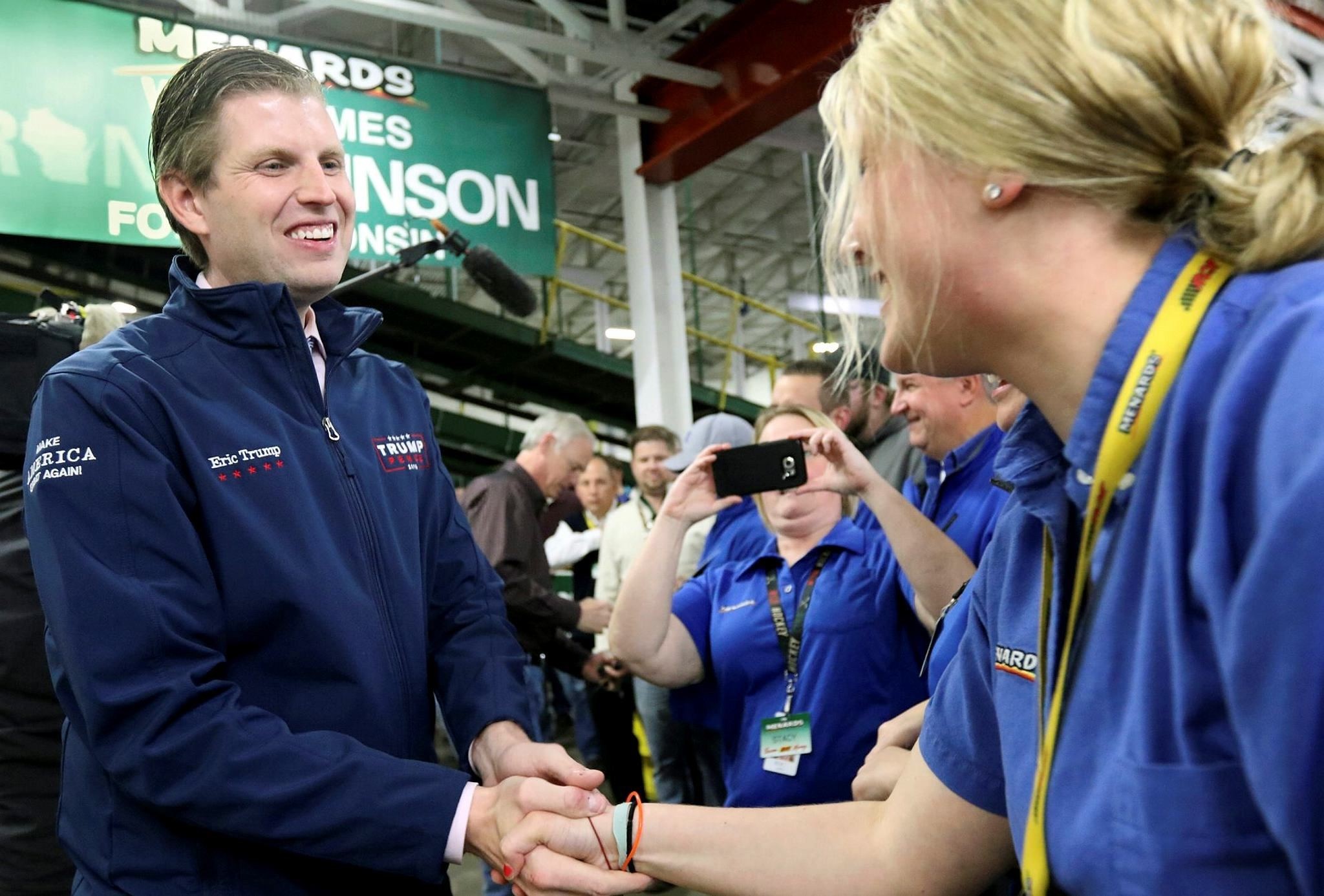 Eric Trump, left, and Wisconsin Sen. Ron Johnson greet employees at a Menard's Distribution Center. (AP Photo)
by Nov 08, 2016 12:00 am
Eric Trump, the son of Republican presidential nominee Donald Trump, may find himself in trouble after he illegally posted a photo of his marked ballot on Twitter Tuesday.

The photo, which has since been deleted from the 32-year-old Trump's Twitter feed, was in violation of laws in New York state, which, along with more than a dozen other states, prohibits voters from posting photos of their marked ballots.

Trump shared the photo of his ballot filled out in support of his father early Tuesday morning with the note, "It is an incredible honor to vote for my father! He will do such a great job for the U.S.A! #MakeAmericaGreatAgain."

It is unclear if posting the image, also called a ballot selfie, will draw any legal consequences.

Last month, singer Justin Timberlake also broke the law by posting a photo of himself in a voting booth in his home state Tennessee, where he was casting his ballot early.

Local officials decided not to review the case but they warned Timberlake of the violation, which is punishable by a fine or up to 30 days in jail, according to local News Channel 3 Memphis.

"We're thrilled Justin can't stop the feeling when it comes to voting so much that he voted early in person and is promoting voting to his millions of fans," the office of Tennessee Secretary of State Tre Hargett said in a statement.