A migrant from Europe with a humble beginning: Meet the new First Lady Melania Trump 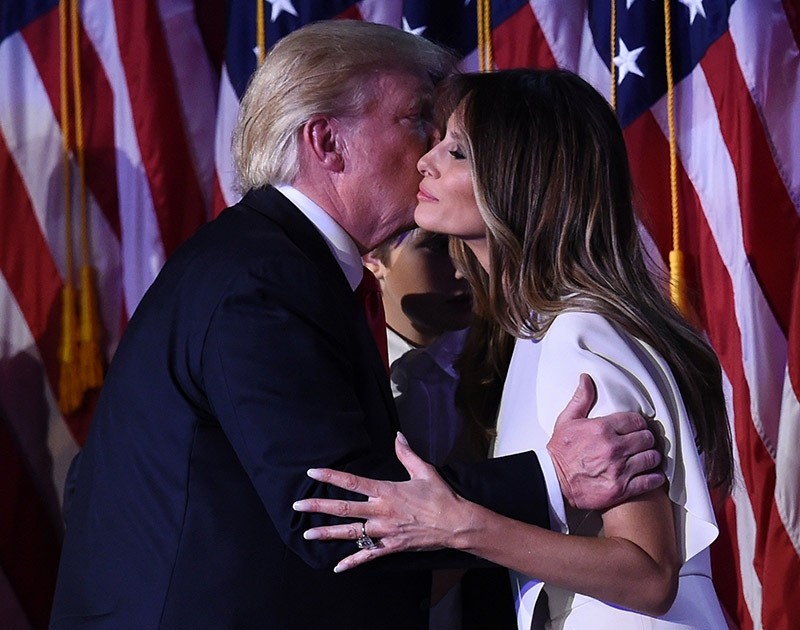 Melania Trump hardly appeared in the election campaign. Now that she will become the new First Lady of the United States, people have begun to wonder who she really is.

While Hillary Clinton fought to gain sympathy and Michelle Obama warmed the hearts of her countrymen, the future president's wife remained in the background.

She appeared only twice in the election campaign. First, at the nomination conference of the Republicans in July, when she presented a speech that in many parts resembled a speech Michelle Obama had made.

And secondly when Trump once again addressed Clinton's email scandal in the last days before the election; the only time Melania tried to defend her husband's image.

During the long campaign period, she told the story of a young girl from communist Yugoslavia who was dreaming of America - the America of Ronald Reagan.

The wife of the future president of the U.S., who has sworn to keep Mexicans and Muslims out of the country, said she was an immigrant and no one knew more than her to appreciate the freedom and possibilities that America offers. She added that she wanted a safe country with secure borders.

Melania also responded to Trump's video of "men's talks" and harassment allegations with an iron smile. She stated that the man she loves is not like the man in the video, and supported him until the end. But she also added that sometimes she thinks she has two boys at home: Trump and his son Barron.

Melania is the third wife of the real estate entrepreneur. Both met in 1998 during Fashion Week in New York. In 2005, Trump married the former model, who was born in 1970 as Melania Knaus in Novo Mesto in today's Slovenia as the daughter of a car dealer and a factory worker. Early on, she gained experience as a model, later dropping out of university where she studied architecture. In addition to her mother tongue and English, she also speaks French and German.

Today, she presents herself as a full-time mother in public. Her move from Trump Tower in New York to the White House, unlike the current First Family, is unlikely to be associated with a shift in the number of staff. When asked how she would be a first lady, Melania, who has been an American citizen since 2006, said: "I will be myself."