Claims of voter fraud question integrity of US elections 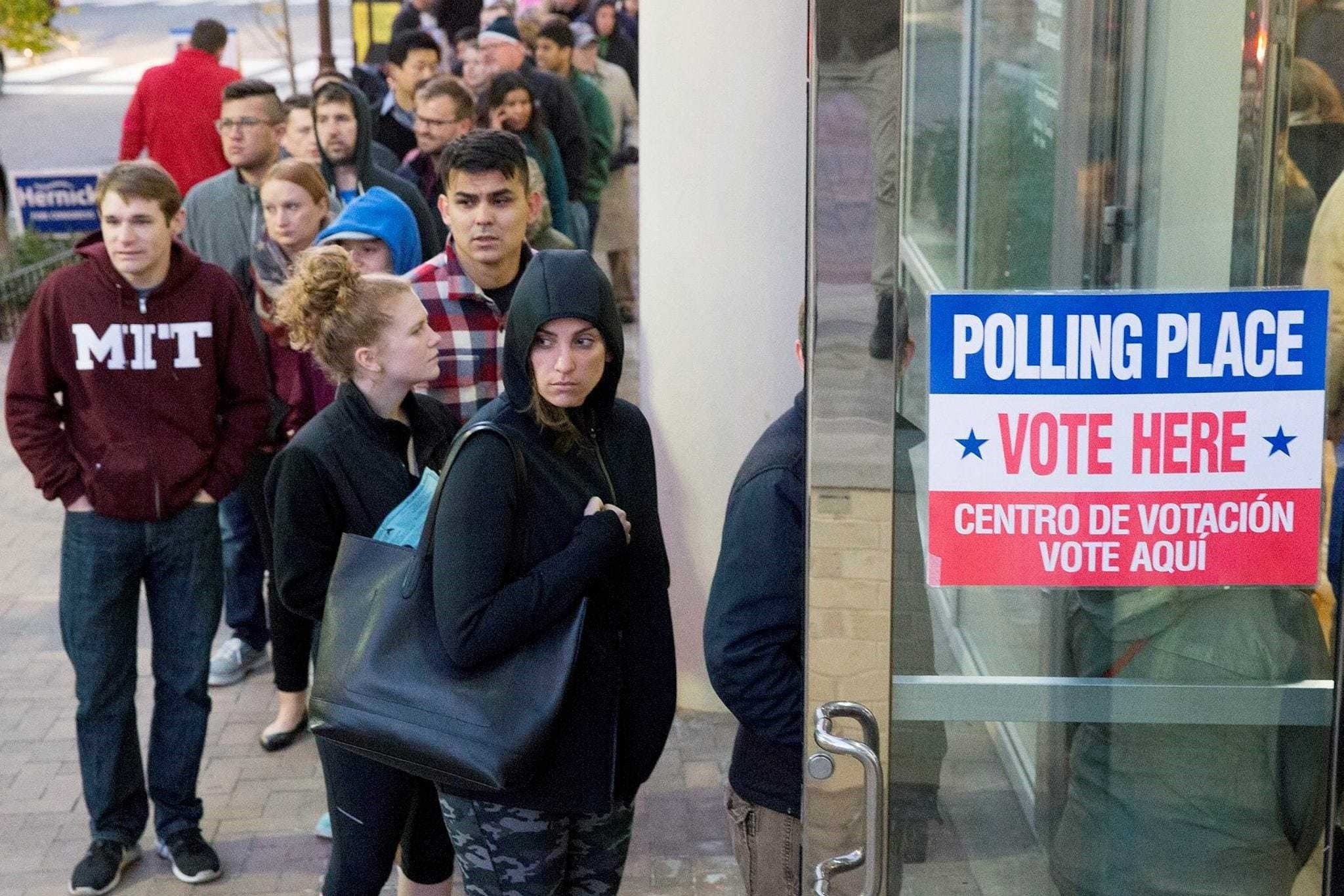 As the most divisive U.S. presidential election came to an end, concerns over the voting system and fears of voter fraud have increased, putting the integrity of this year's elections into question

The usual tension of a presidential election has a twist this year with the integrity of the election itself in question. Adding anxiety and uncertainty in the weeks before Election Day were Republican candidate Donald Trump's unsupported warnings of a rigged election, fears of voter intimidation at the polls and concerns about election systems being hacked. New voter regulations in more than a dozen states also held the potential to sow confusion at polling places.

The Russian Foreign Ministry has sent a diplomatic note to U.S. authorities telling them that U.S. diplomats will not be allowed to conduct monitoring of future Russian elections, a RIA news agency cited a senior Russian official as saying.

The move was Russia's response to what it says was U.S. obstruction of Russian diplomats seeking to monitor Tuesday's U.S. presidential election for possible violations, RIA quoted Deputy Foreign Minister Sergei Ryabkov as saying. In the last week alone, Democrats went to court in seven states seeking to halt what they claim were efforts by Republicans and the Trump campaign to deploy a network of poll watchers hunting for voter fraud. Republicans have disputed claims that they are planning to intimidate voters and judges in a handful of the cases have found no evidence the two camps are coordinating.

"Hopefully it's relatively calm. Hopefully it doesn't blow up. But this hasn't been a regular election year," said Wendy Weiser, head of the democracy program at the Brennan Center for Justice at New York University's Law School.

Early voting through mail-in ballots or in-person voting were expected to account for as much as 40 percent of all ballots cast nationwide. Despite hours-long waits at some polling places, the process has been largely devoid of major problems adding reassurance.

Presidential elections usually include sporadic voting problems, including machines not working properly, long lines and issues with ballots or voter rolls. The question this year is whether problems will be widespread and indicate a pattern of fraud or voter intimidation. One possibility is confusion over voter ID laws passed in more than a dozen states. Legal challenges to some of those have led to a multitude of court rulings in recent months that blocked or struck down some provisions while upholding or reinstating others, which triggered concerns of misinformation among voters, election officials and poll workers.

An example was early voting in Texas, where there were reports in at least seven counties of outdated voter-guide posters and poll workers incorrectly saying that photo IDs were required to cast a ballot. An earlier federal appeals court ruling had determined the state's new ID law was discriminatory against minorities and the poor ordering the state to soften its rules.

This is the first presidential election in which a key enforcement provision of the Voting Rights Act was not in place. A 2013 U.S. Supreme Court decision struck down a portion of the law that had required certain states and jurisdictions with a history of discrimination to receive pre-approval from the U.S. Department of Justice for any election law change. This allowed a number of states, most led by Republican legislatures and governors, to enact strict voter ID laws and reduce early voting. The Supreme Court ruling also prompted the Justice Department to send fewer trained election observers to polling places around the country than in previous years, with the reduction likely to diminish the department's ability to detect voter intimidation and other potential problems.

Tiny New Hampshire town has first word in US elections

With the seven voters of a tiny New Hampshire village who cast the nation's first ballots at the stroke of midnight, Dixville Notch has had the honor of launching the voting, symbolically, since 1960. Hillary Clinton beat Donald Trump four votes to two in the midnight vote. Libertarian candidate Gary Johnson received one vote and 2012 Republican nominee Mitt Romney, who was not on the ballot in this election, received a write-in vote for president. New Hampshire may be one of the smallest US states but Clinton and Trump worked until the last minute to woo voters here. Clinton held a rally in New Hampshire on Sunday, and Trump did so on Monday. They are neck and neck in New Hampshire as they battle for its four electoral votes. Under New Hampshire state law, communities with fewer than 100 voters can get permission to open their polls at midnight and close them as soon as all registered voters have cast their ballots.
RELATED TOPICS