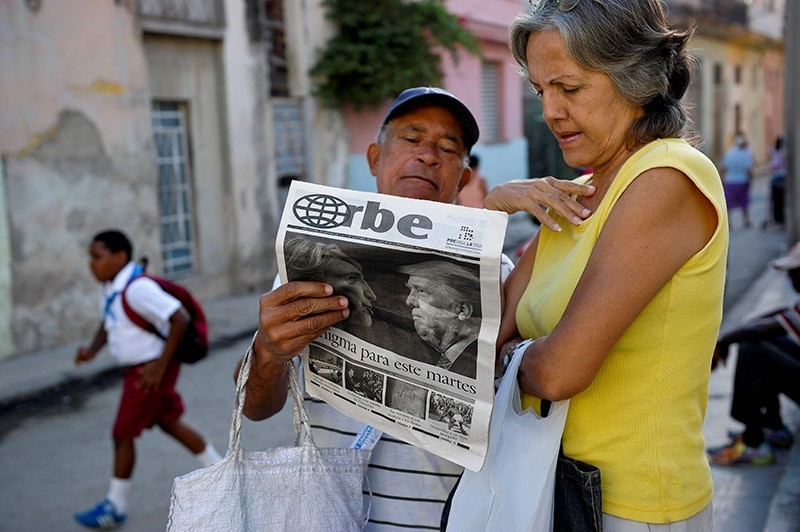 Cubans read a newspaper with its front page informing of the victory of US presidential candidate Donal Trump in a street of Havana, on November 9, 2016. (Photo AFP)
by daily sabah Nov 09, 2016 12:00 am

Cuba announced on Wednesday a military drill scheduled for next week which came nearly at the same time as the official announcement of Donald Trump's election as the president of the United States.

The Cuban government said that the aim of the simulated military operation was to make sure that the army was ready to fight back against "a series of enemy actions".

According to the statement of Cuba's Revolutionary Armed Forces, these tactical maneuvers will be carried out between November 16 and 20 with the participation of the Interior Ministry and the army.

Cuba asserted that the drill was not linked to Trump's victory, although it usually organizes drills when tension between the country and the U.S. rises.

The scheduled drill will be the seventh and is named the Bastion Strategic Drill.

The first Bastion Strategic Drill was carried out in 1980, after Ronald Regan was elected the president of the U.S.

Donald Trump previously stated that he would reverse the normalized Washington-Havana relations that had been established during Obama's presidency.