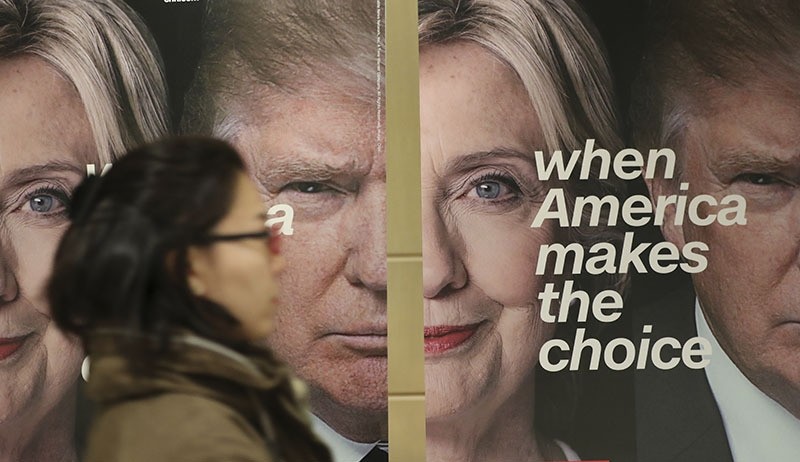 Republican nominee Donald Trump roped in a string of important swing states as he neared the threshold of electoral votes needed to win the US presidency.

Trump was leading 266-218 in electoral votes over Democratic candidate Hillary Clinton, based on projections by major US broadcasters, with nine of the 50 states yet to be decided.

It takes 270 electoral votes to win the presidency. Trump's opponent, Hillary Clinton, has 218.

Pennsylvania last voted for a Republican for president in 1988. Trump repeatedly campaigned there, believing his populist message would resonate with the state's working-class voters.

Clinton long viewed the state as a key part of her "firewall" and rallied in Philadelphia with President Barack Obama on Monday night. The Democrats also held their nominating convention in the city.

Each state's electoral college value is weighted by population. A candidate needs 270 votes to clinch the White House.

Clinton entered election day with a narrow lead in most nationwide surveys of likely voters and was the favourite to win the electoral vote. But Trump scrambled the electoral math with victories in Ohio and Florida, among the largest prizes of the so-called swing states.

Trump has captured 25 states, while Clinton has won 17 states.

Vote counting was still underway in several hard-fought states where no winner has yet been projected: New Hampshire, Pennsylvania, Michigan, Arizona.

Trump narrowly led 48.2 per cent to 47.2 per cent in the popular vote, which is not decisive.

Republicans, who held a majority in the House of Representatives, retained control of the lower chamber as widely expected, according to network projections.

The left-leaning Democrats were still vying to capture the Senate from the conservative Republicans. A handful of key Senate races were expected to decide the upper chamber.

Trump, whose populist rhetoric and inflammatory tweets dominated the campaign since he declared his candidacy in June 2015, last month refused to say he would concede defeat if the count went against him.

Trump, who for months was not taken seriously by the Republican establishment, struggled into the final weeks of the campaign to consolidate the conservative party's base.

Attracted by his populist hostility to immigrants and trade, many of his core supporters are disaffected white independents, who compared to the entire US population are older, less educated and disproportionately male.

Clinton was bidding to return to the White House, which she and her husband, former president Bill Clinton, occupied from 1993-2001.

The winner will be sworn into office as the 45th US president on January 20 to succeed Barack Obama, the first African-American president.