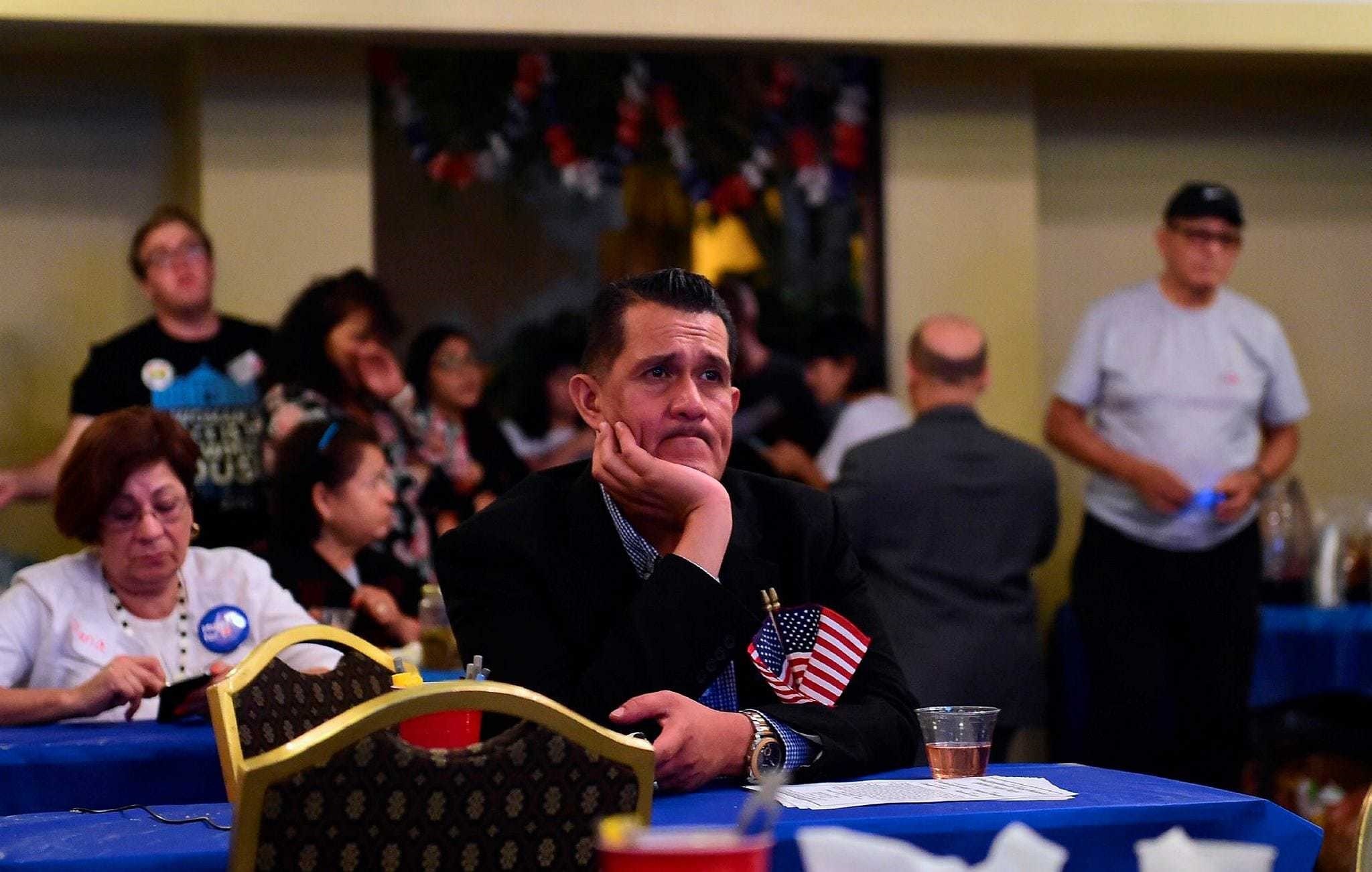 After a momentous election in which Republican Donald Trump won the presidency, protests against Trump began across the Democrat states with some protests turning violent overnight

After the Republican candidate won the U.S. presidential election, crowds of protesters took to the streets in cities across the western United States early Wednesday to vent their anger at Donald Trump's presidential win. Chanting "not my president," students and other Trump opponents marched by the hundreds in Los Angeles, San Diego, Oakland, Portland and other cities, according to news reports. Videos posted on social media showed demonstrators lighting candles and flares and burning an American flag. "I don't understand how our country could vote for such a terrible man," one demonstrator in front of Los Angeles City Hall told the Los Angeles Times in a live video.

In some of America's most Democratic enclaves, Clinton supporters reported feeling blindsided by Trump's victory. They fretted about how they had been so wrong, and wondered how they would cope during the next four years. In Las Vegas, local resident Mary Durgram was near despair. "For the first time in my life, I'm ashamed to be American and I never thought I would say that," she said at a local resort and casino. "I'm a veteran, I served my country for a lot of years and I'm ashamed of my fellow Americans tonight." In San Francisco, Joey Nunez, 29, said he was having trouble processing what had happened. "The shocking realization is that this is what people wanted. They wanted Trump," he said. "After everything he said, how could he get people to buy into his brand?"

Trump's victory showed that Americans emphatically declared their anger at government as they elected a political outsider who failed to generate much excitement but offered the prospect of change.

Exit polls recorded the simmering discontent of the American electorate. Four in 10 voters said they were hungry for change, and those voters overwhelmingly favored Republican Donald Trump. Smaller voting blocs who were seeking a candidate with good judgment, experience or who cared about them favored vanquished Democratic challenger Hillary Clinton. Nearly seven in 10 voters said they were unhappy with the way the government is working, including a quarter who said they were outright angry, according to preliminary results of exit polls conducted for The Associated Press and television networks by Edison Research. Three-fourths of those angry voters backed Trump. Six in 10 voters said the country is on the wrong track.

Trump's unexpected sweep of states including of Florida, Pennsylvania, Ohio and Wisconsin scrambled the Electoral College math and gave him the necessary majority in electoral votes over Clinton, major U.S. media projected.

Clinton entered Tuesday's election with a narrow lead in most nationwide surveys of likely voters and had been the favorite to win the electoral vote. Trump scored crucial victories in other hard-fought states including North Carolina and Florida, the largest prize of the so-called swing states.

With more than 110 million votes cast, Trump led 48.1 per cent to 47.2 per cent in the popular vote, which does not decide the race. Republicans, who entered the general elections with majorities in Congress, appeared to have retained control of both the lower House of Representatives and the Senate. Trump's often inflammatory rhetoric and impulsive tweets dominated the campaign since he declared his candidacy in June 2015.
RELATED TOPICS