Anti-Trump protests continue across US, Clinton blames FBI for loss 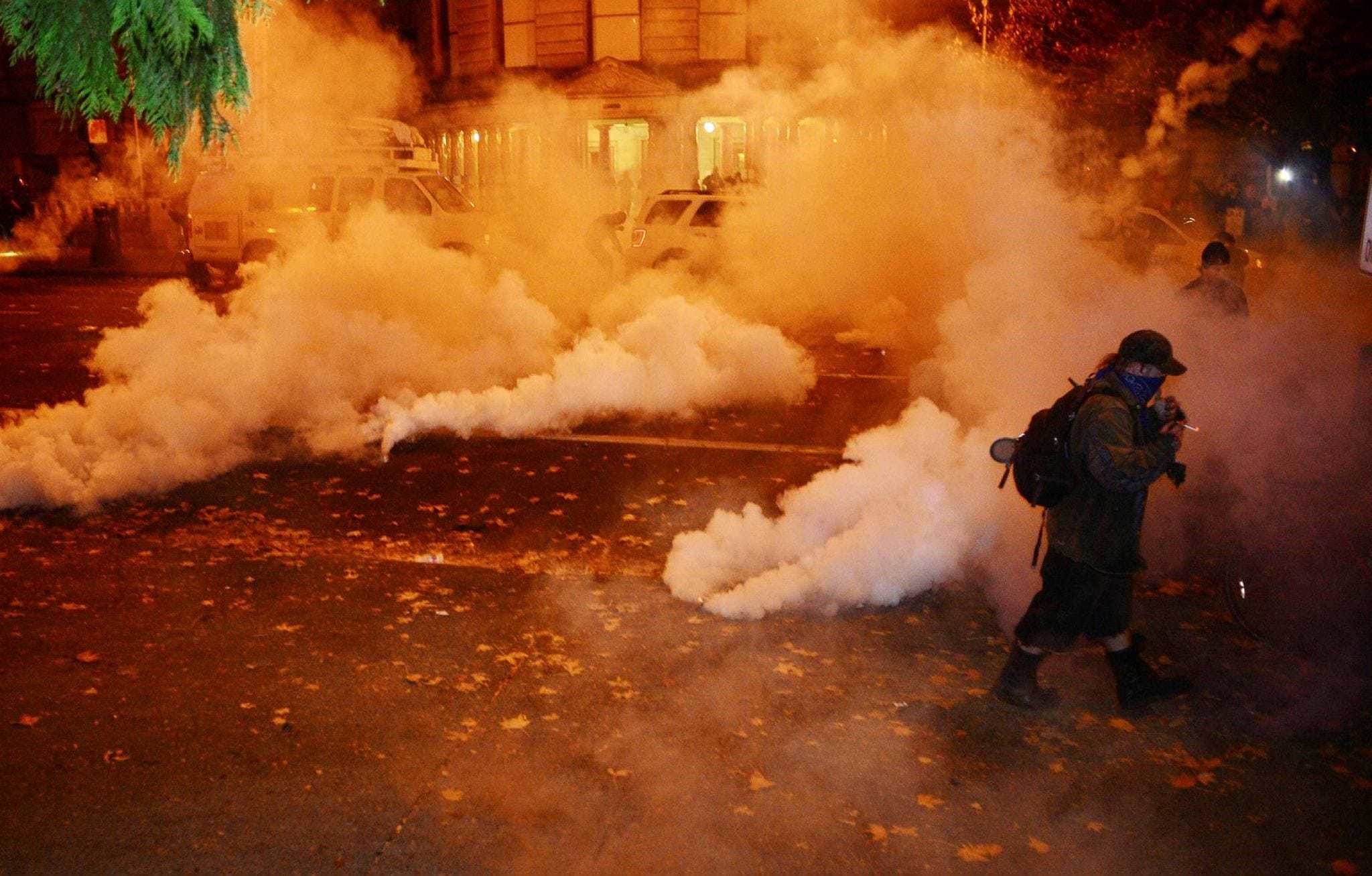 Protestors gather at City Hall in downtown Portland on Nov. 11 following the U.S. elections.
by Compiled from Wire Services Nov 14, 2016 12:00 am

Following the presidential election that ended with the victory of Republican candidate Donald Trump, Democratic voters have spent much of last week reeling from their defeat, as Clinton blamed the FBI for her loss and violent anti-Trump protest were held over the weekend

Donald Trump's presidential win sparked a fourth day of protests across the United States, with tens of thousands of protesters marching and railing against him, Hillary Clinton, looking for a scapegoat, has put the blame on FBI director James Comey for her election loss.

Police in Portland, Oregon, where a protester was shot on Saturday but not seriously injured, said they arrested more than 20 people that day after protesters tossed burning flares and bottles at them and refused orders to disperse. The biggest rallies were in New York, Los Angeles and Chicago, where organizers said they wanted to build on the momentum after several nights of protests triggered by the real-estate mogul's surprise win in Tuesday's presidential election.

In New York, several thousand protesters marched peacefully up Fifth Avenue past its glitzy store fronts, some already bearing Christmas decorations, before filling the streets at the foot of the Trump Tower, the president-elect's skyscraper home.

In Portland, the protester who was shot had been taking part in a march across the city's Morrison Bridge. Portland police said four people had been detained in connection with the shooting, and were believed to be criminal gang associates.

Police also said some protesters attacked a film crew in the city on Saturday night and at least two people were assaulted. They began making arrests when the crowd refused to disperse.

Since Trump's victory, demonstrators in several cities have decried the Republican's campaign promises to restrict immigration and register Muslims, as well as allegations that the former reality-TV star sexually abused women. Dozens of protesters have been arrested and a handful of police injured. The demonstrations since the election have been impromptu affairs, quickly organized, with weekend protests expected to swell in size.

Trump initially denounced the protests, saying they were "incited" by media, but later praised the demonstrators saying they had "passion for our great country."

"We will all come together and be proud!" he said on Twitter. Many voters were shocked by the outcome, after polls predicted a Clinton victory.

Some 60.3 million people voted for Trump, fewer than the 60.8 million who chose Clinton. But Trump's strong showing in swing states including Michigan meant he triumphed in the Electoral College which ultimately picks the president.

On a call Saturday with top campaign donors, Clinton said her campaign was winning until FBI director James Comey sent a letter to Congress on Oct. 28 announcing that the FBI had uncovered emails possibly related to its earlier probe into her use of a private server as secretary of state. The new examination was sparked by an unrelated investigation into former New York Rep. Anthony Weiner, the estranged husband of one of her top aides.

The surprise announcement by the FBI came after three debates in which Republican Donald Trump was widely panned for his performance. Clinton told the donors that her campaign was leading by large margins in nearly every battleground state and was tied in Arizona, a traditionally Republican stronghold, until Comey released his letter. Trump's campaign and Republican supporters seized on the news, even though it was unclear whether Clinton's correspondence was tied up in the probe.

Comey told lawmakers, the Sunday before the election, that the bureau had found no evidence to warrant criminal charges. His "all clear" message only served to further motivate Trump supporters, Clinton told donors on the call. In the nine days between Comey's initial statement and his "all clear" announcement, nearly 24 million people cast early ballots. That was roughly 18 percent of the expected total votes for president.
RELATED TOPICS