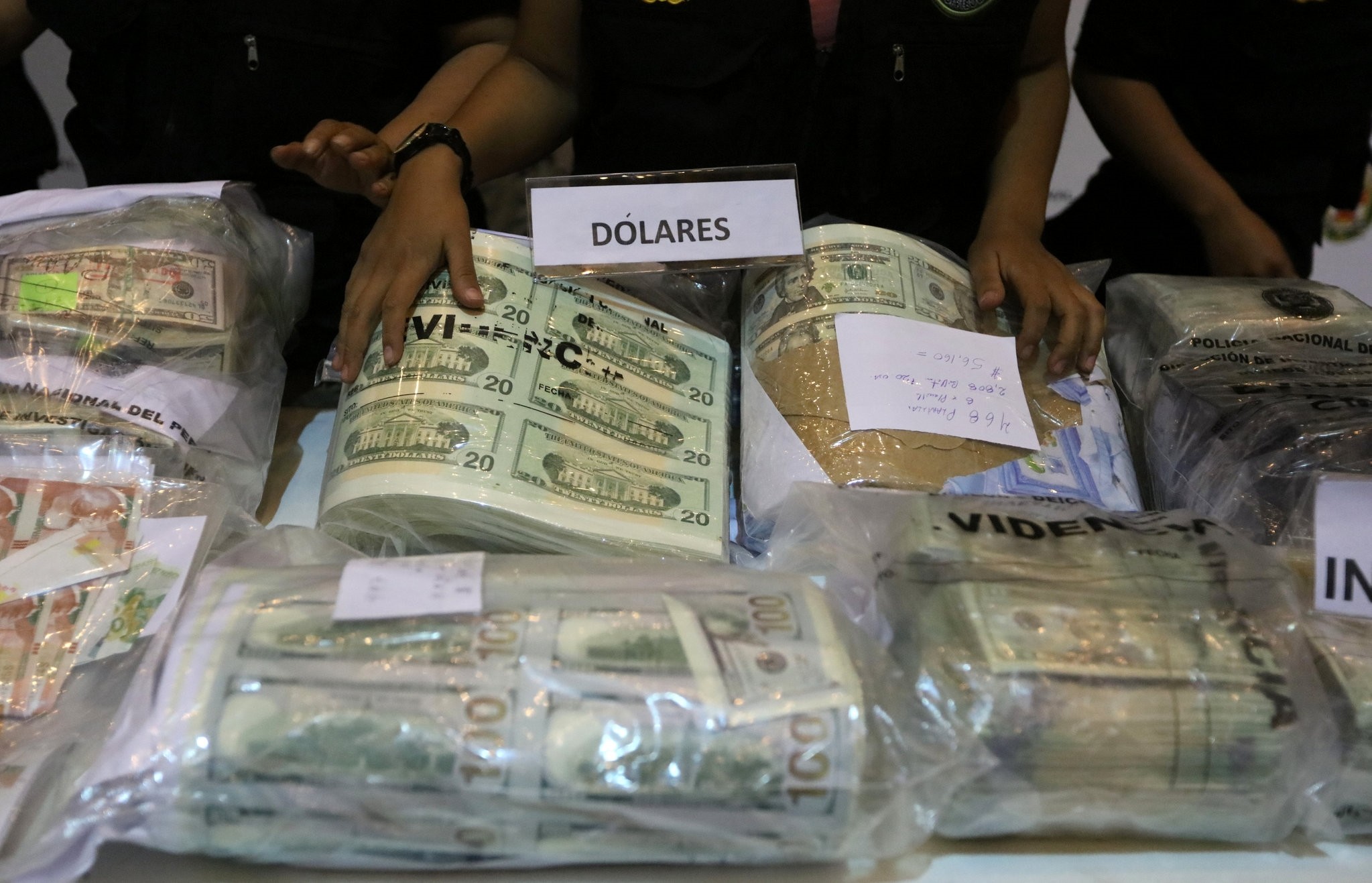 Police officers display seized counterfeit U.S. and Nuevos Soles bills at a news conference in Lima, Peru, November 16, 2016. (Reuters Photo)
by Nov 18, 2016 12:00 am
U.S. and Peruvian agents have seized a record $30 million in counterfeit dollars in the biggest netting of fake greenbacks ever by the U.S. Secret Service, the agency said on Thursday.

The stash was discovered when more than 1,500 Peruvian police, along with Secret Service agents, carried out searches and arrest warrants on Tuesday in Lima, the agency said in a statement.

Peru is the world's largest manufacturer and distributor of fake U.S. currency. Six counterfeit plants were shut down, eight manufacturing presses were seized and more than 1,600 printing plates and negatives of denominations were found, the Secret Service said.

The agency, best known for its protection of the U.S. president and visiting foreign dignitaries, was originally founded to combat currency counterfeiting.