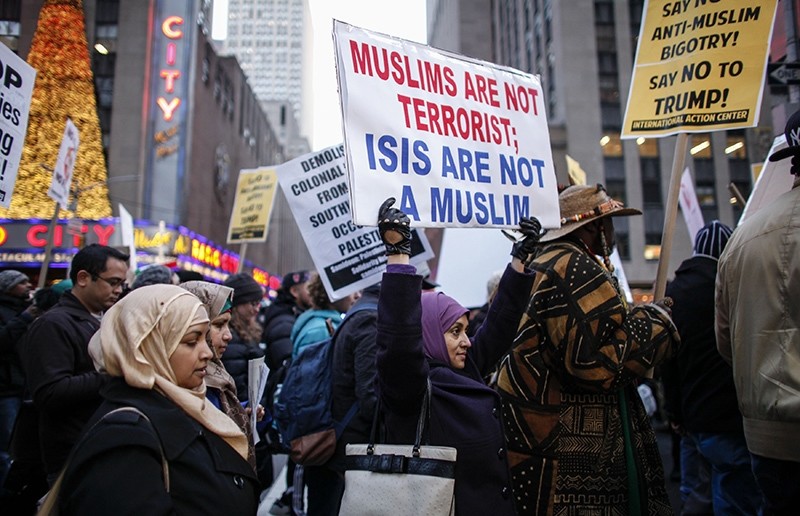 New York Gov. Andrew Cuomo vowed Sunday to combat an "explosion of hate crimes" in the state, representing a microcosm of the state of affairs across the United States.

In an address at the historic Abyssinian Baptist Church in Harlem, Cuomo cited a report by the Southern Poverty Law Center (SPLC) that said 437 incidents of intimidation took place in the week after the country's presidential election Nov. 8, targeting blacks, Muslims, immigrants, women and members of the LGBT community.

The group also said the rate of hate attacks was even higher than post-9/11.

"I wish I could say our beautiful state of New York was immune from this poison but it's not," Cuomo said as he listed examples of hateful rhetoric, including fliers of racist extremist group Ku Klux Klan found on Long Island and swastikas, one in Manhattan and another in Wellsville, surrounded by the words "Make America White Again".

The governor said a special police unit would be established to investigate hate crimes.

"With trained professionals we will investigate every incident and prosecute the perpetrator to the fullest extent of the law," he said and promised a legal fund for immigrants who can't afford their own defense, providing them with "the legal assistance they need because in New York, we believe in justice for all".

The governor's remarks come days after Attorney General Loretta Lynch announced a federal investigation into whether a rash of alleged crimes across the country in the wake of Donald Trump's election victory are hate crimes.

"The FBI is assessing, in conjunction with federal prosecutors, whether particular incidents constitute violations of federal law," she said Friday.

The FBI earlier this week released its annual tally of U.S. hate crimes for the last year that found a nearly 70 percent jump in those perpetrated against Muslim-Americans, as well as increases in crimes targeting Jews, blacks and the LGBT community.

During the presidential campaign, Trump controversially called for the U.S. to bar Muslims from entering the country, later watering down the proposal to prevent those from "terror-prone regions" to come to the U.S.

Trump also lambasted the mother of a slain Muslim-American service member for not speaking alongside her husband at the Democratic convention, because of what he suggested were religion prohibitions.

Since the election his tone has changed as he has urged unity among Americans. But attacks have continued unabated.